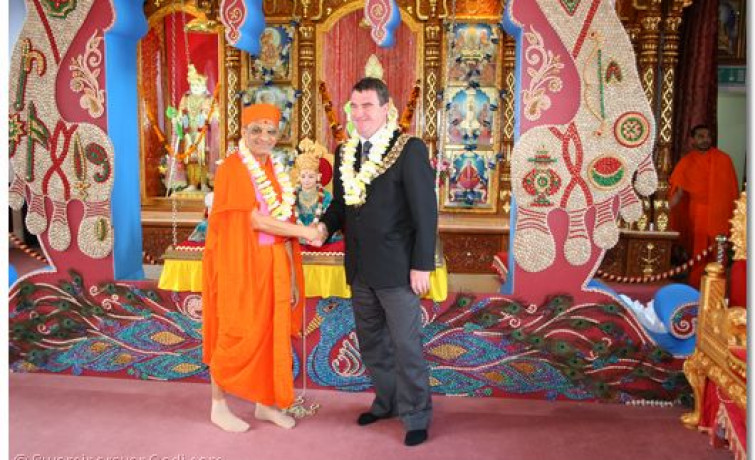 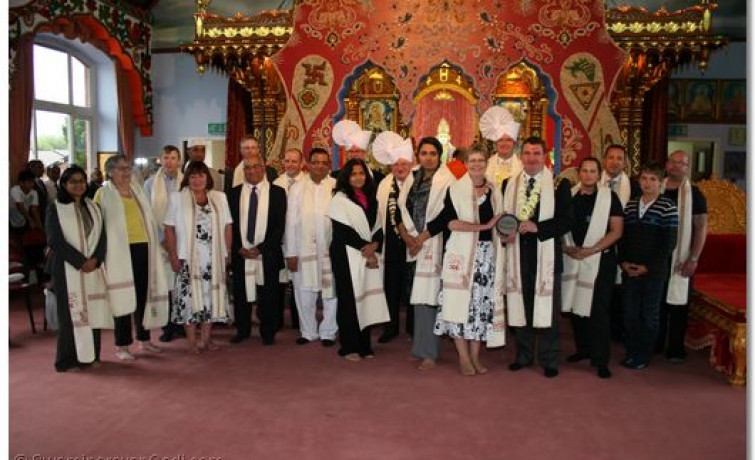 His Divine Holiness Acharya Swamishree Purushottampriyadasji Maharaj awarded his disicples in achieving the highest standards of excellence in Education and Sports by presenting them with certificates and trophies.

On the evening of 11th August 2010, a Youth Dance programme was held at Shree Swaminarayan Temple Bolton. Many young disciples ranging from 4 to 16 years old performed devotional dances to please Lord Swaminarayanbapa Swamibapa and Acharya Swamishree.

On Thursday 12th August the Marque of Excellence award was presented to the Shree Swaminarayan Siddhant Sajvan Mandal, Arts & Culture Centre in Bolton at a very special ceremony which also marked the tenth anniversary of The Swaminarayan Art Gallery (161 Deane Road Bolton).
His Divine Holiness Acharya Swamishree Purushottampriyadasji Maharaj had been especially invited and had travelled from India to attend this ceremony, to receive the award from the Mayor of Bolton, Councillor John Byrne, on behalf of the Centre.
The guests, including a number of leading Borough Councillors and the MP for Bolton, Yasmin Qureshi, were saluted by the amazing Shree Swaminarayan Gadi Pipe Band performing a powerful fusion of traditional Scottish and Indian music. Guests were also entertained by the electrifying performance of traditional Indian dance by the Centre’s dance group.

The Shree Swaminarayan Temple Bolton, is one of only two Temples of this branch of Hinduism in the UK, the other being in London. The members of this community work hard to share this unique cultural heritage within Bolton and in the wider region. Known as the Sistine Chapel of Bolton, the Temple ceiling has been transformed into a 3000 square foot canvas, with paintings of the divine episodes of Lord Swaminarayan, Jeevanpran Bapashree and Jeevanpran Swamibapa. It is an amazing place to visit and the Mandir works hard with the Tourist Board to promote the site as a unique part of Bolton’s diverse culture.

A Bhakti Sangeet event was held during which the sants (monks) of Shree Swaminarayan Gadi performed devotional songs with a variety of different musical instruments to please Lord Swaminarayanbapa Swamibapa and Acharya Swamishree.

Acharya Swamishree then gave His divine blessings to the assembly and reminded everyone that true love to Lord Swaminarayan is from the inner heart and that you must obey and fulfil the commands of our beloved Lord Shree Swaminarayan in order to progress and live a fulfilled life. 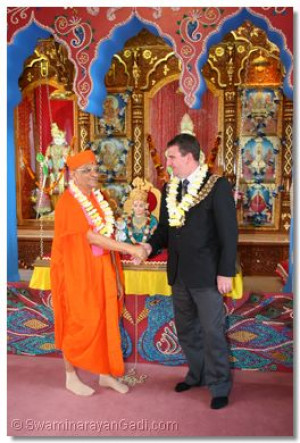 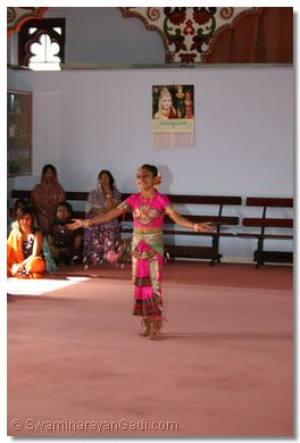 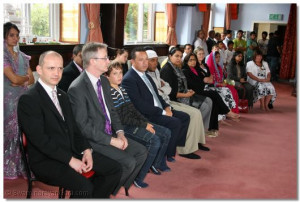 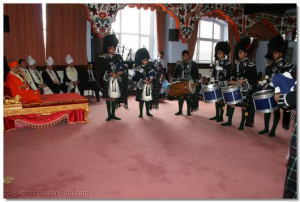 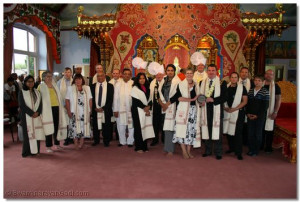 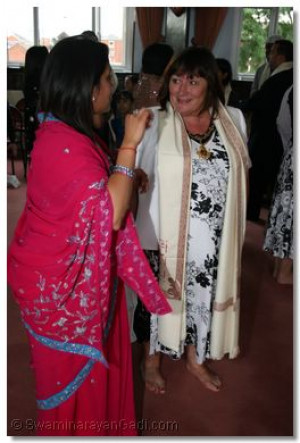