Shree Vachanamrut Dwishatabdi Mahotsav and Shree Abji Bapashree Shatamrut Mahotsav are to be held in November of 2019.

About Vachanamrut
About Jeevanpran Abji Bapashree

With the inspiration of Acharya Swamishree Maharaj, two significant events in the history of the Swaminarayan Faith are being celebrated in November 2019 in the village of Vrushpur, Kutch, Gujarat.

Firstly, the key religious scripture of the Swaminarayan Faith, the Vachanamrut, completes its bi-centenary. Secondly, the spiritual leader, Jeevanpran Shree Abji Bapashree, whose philosophy forms the basis of the Faith, Maninagar Shree Swaminarayan Gadi Sansthan, appeared upon the Earth in that village, Vrushpur, exactly 175 years ago.

These two events are being marked with a 5 day festival from Tuesday 5 to Saturday 9 November 2019. 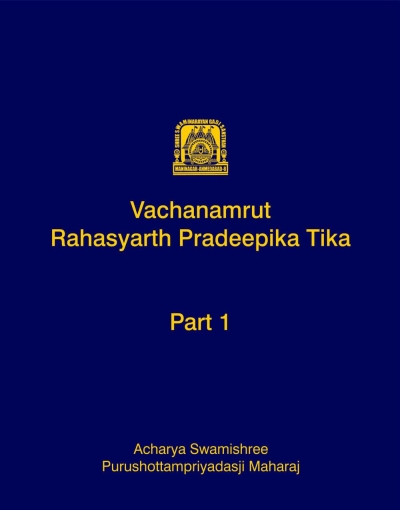 In the Gadhada Middle Section Chapter 28 of the Vachanamrut scripture, Lord Shree Swaminarayan describes His spiritual discourses. “The discourses that I have given to you are the essence extracted after hearing all the narratives in the world about the attainment of salvation, such as those stated in the Vedas, Shastras and Purans. This is the ultimate essence. This is the essence of all the essences. For all those who have attained salvation in the past, those who will attain it in the future, and those who are currently following the path of salvation, this narrative is like a lifeline.”

Therefore, the Vachanamrut scripture is the scripture of classical Hinduism, containing nectar (Amrut), in the form of divine words (Vachan) from the lotus mouth of Lord Shree Swaminarayan; and for that reason, the scripture is called the ‘Vachan-Amrut’.

In Samvat 1876, during the night of Maghsar Sud 4, Lord Shree Swaminarayan was asleep in His own living quarters, at the court of Dada Khachar in Gadhada. All of a sudden, the Lord awoke and heard the sound of melodious devotional songs. He asked His attendants, “Who is singing?” The disciple Devji went to investigate. He returned saying that it was the voice of Shree Brahmanand Swami. The Lord was eager to see for Himself, so He stood up and went to the hall where the Sants were resting. There, He also saw Shree Muktanand Swami singing eloquently, together with Shree Aadharanand Swami.

The assembly held that night was the first discourse that is recorded in this Vachanamrut scripture, Gadhada First Section Chapter 1. Exactly 200 years have passed since that first discourse given by Lord Shree Swaminarayan, and this is what will be celebrated during November 2019, in the presence of Acharya Swamishree Maharaj.

From the day of that first discourse onwards, all of the Lord’s teachings from His narrations were accurately transcribed. The date, time and place of the assembly; the divine garments that the Lord was adorned in; the direction He was facing; and even who was seated around Him, were recorded. These details appear at the start of every individual Vachanamrut. Such precise details were recorded because the compilers had an appreciation of the Lord’s greatness. By providing this information, a reader or listener of these discourses would be able to meditate and experience the atmosphere of that assembly; and truly immerse in the divinity of the Lord’s words. Therefore, this Vachanamrut scripture is a historical précis of Lord Shree Swaminarayan’s debates and an authentic treatise of His eternal philosophy.

The words of the Vachanamrut are written in exactly the same manner as they were spoken; in the form of questions and answers. Sometimes, to elucidate important issues, the Lord asked the questions and then provided the answers Himself. Mostly however, it was the Sants, disciples, scholars, rulers, and even people from other faiths, from all strata of society, who asked questions to Lord Shree Swaminarayan. The answers that the Lord gave, which are contained in this scripture, are based on His own experience; and consist of profoundly complex theology, elucidation about the religious decree, spiritual knowledge, asceticism and devotion, and also, insights and solutions to various practical issues. Advice about self-improvement and vital life skills are contained within the text, such as means to defeat anger, lust, envy, etc., overcoming depression, identifying the true natures of others, and recognising true friends. The concepts that are debated provide theoretical and practical advice, in a very clear manner, using logic, every day analogies and references to the previous scriptures. 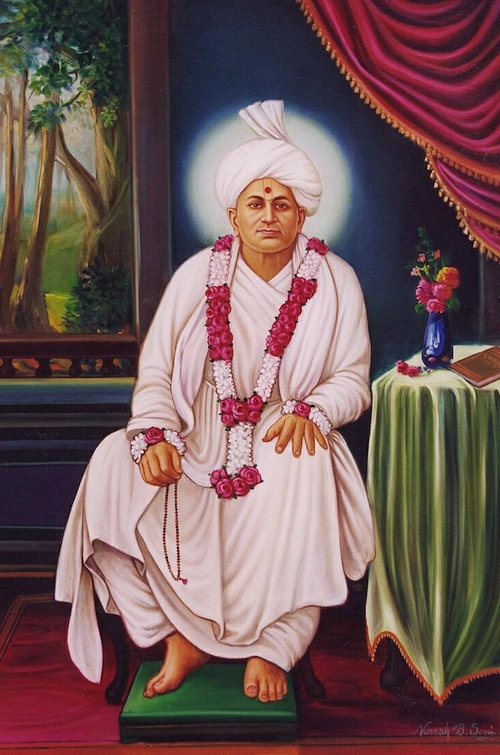 During His great debates, Lord Shree Swaminarayan sometimes spoke as the supreme Lord, whilst at other times He portrayed Himself as an incarnation, or even a disciple. In this manner, He tailored the manner in which He spoke, depending on the circumstances and audience that was seated before Him.

Shree Abji Bapashree manifested in the village of Vrushpur exactly 175 years ago. The Shatamrut Mahotsav being celebrated by Maninagar Shree Swaminarayan Gadi Sansthan in November 2019 marks this arrival of the supreme Lord Shree Swmainarayan upon this Earth in the form of Jeevanpran Shree Abji Bapashree.

Directions to the mandir

Directions to the sabha mandap 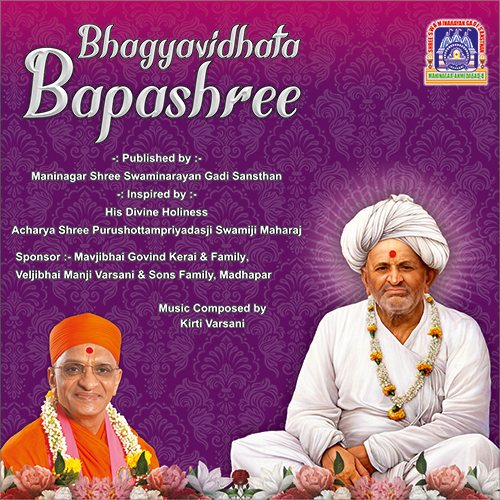 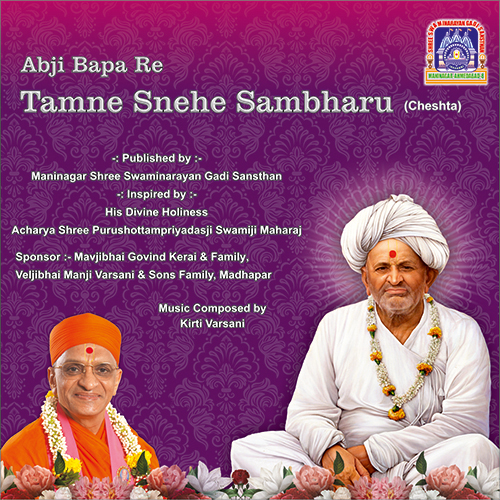 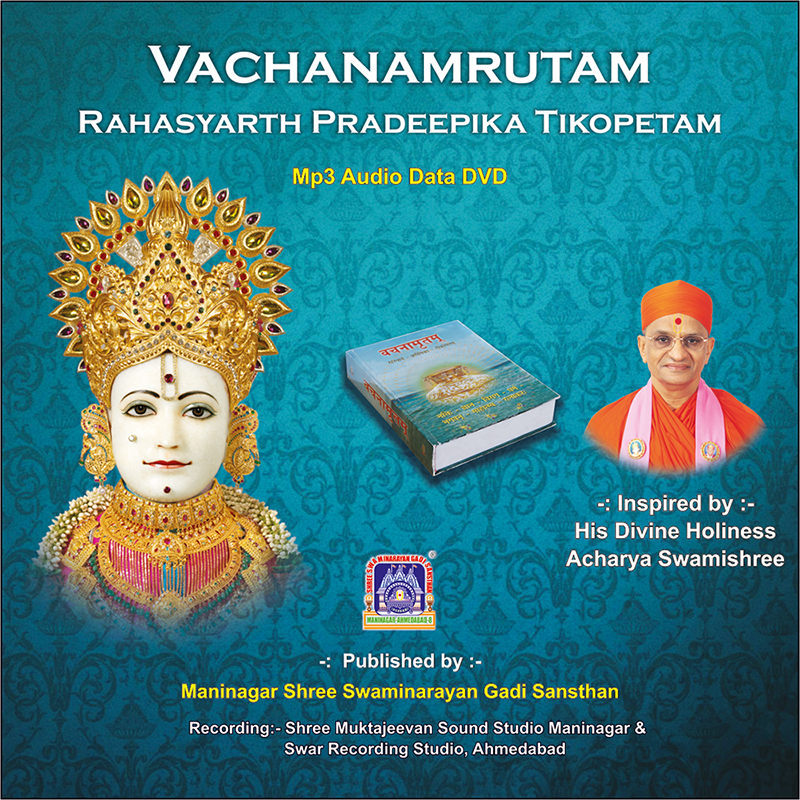 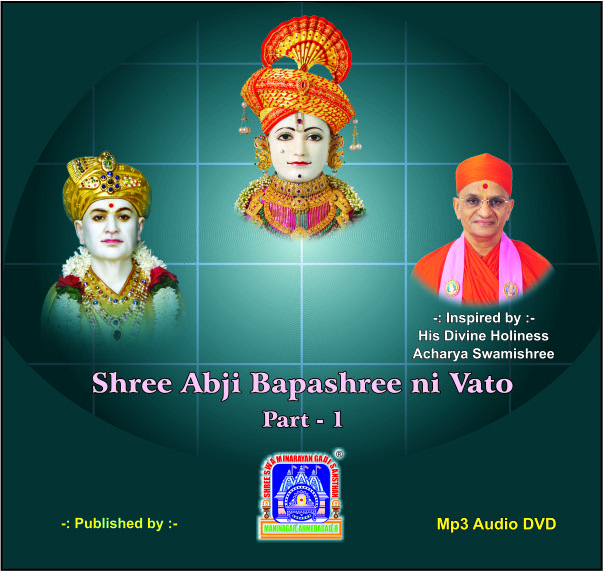 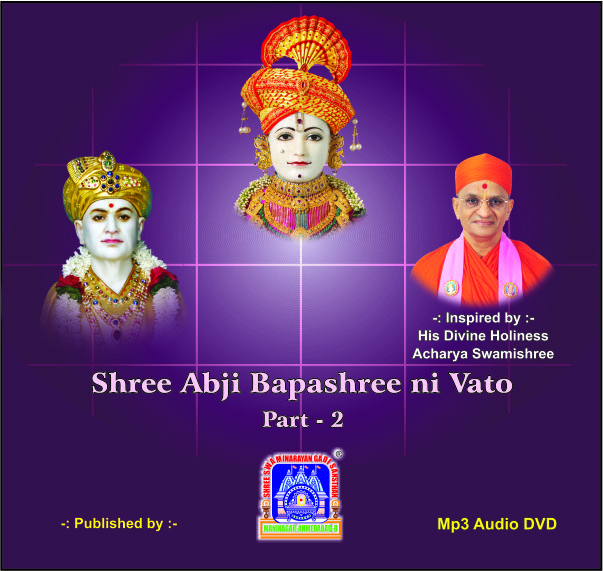 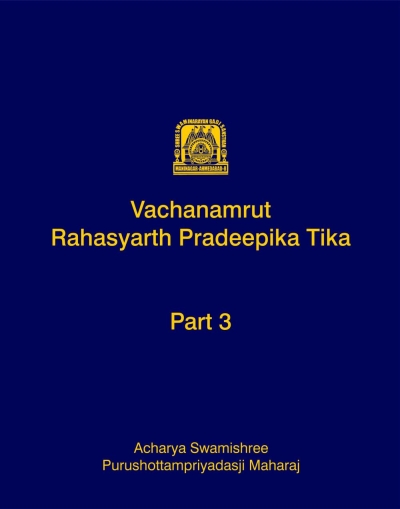 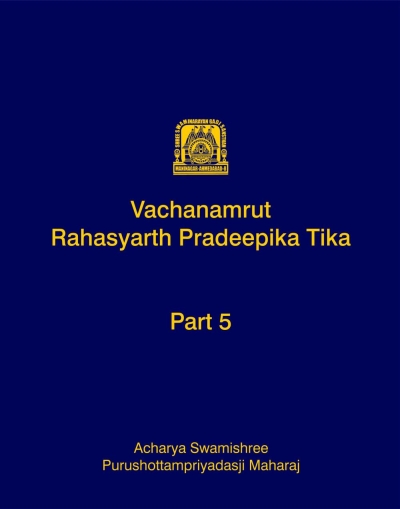 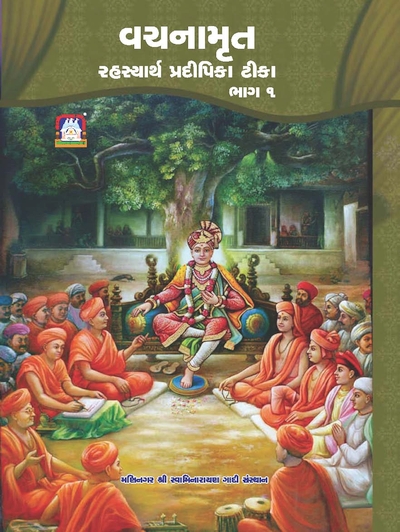 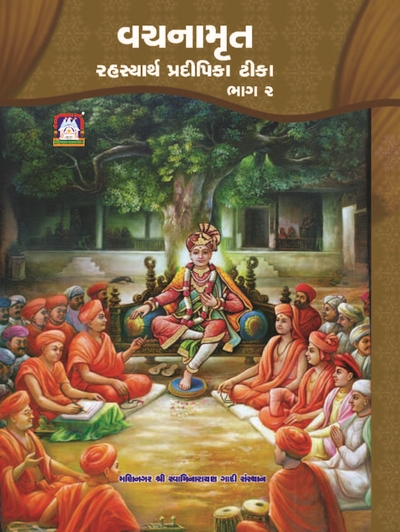 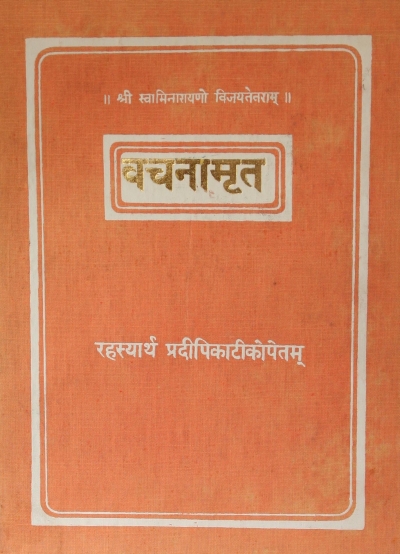 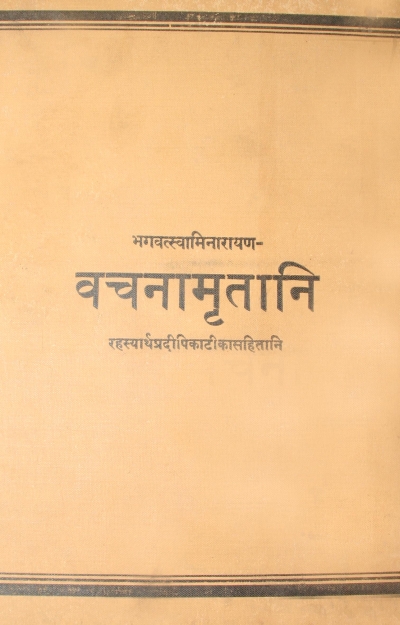 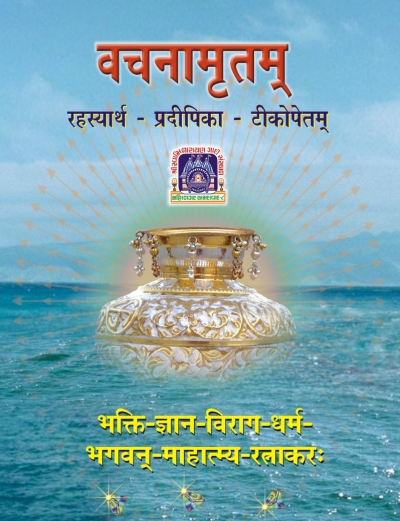 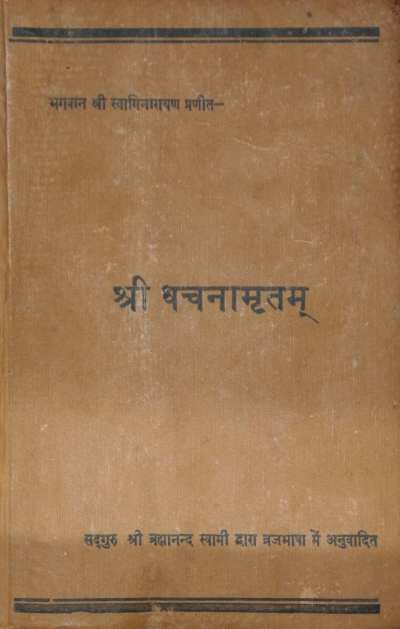 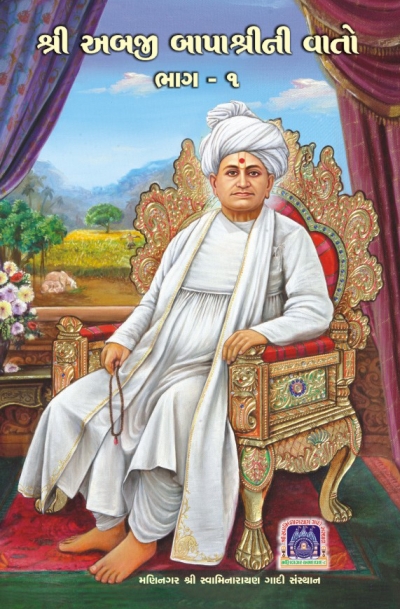 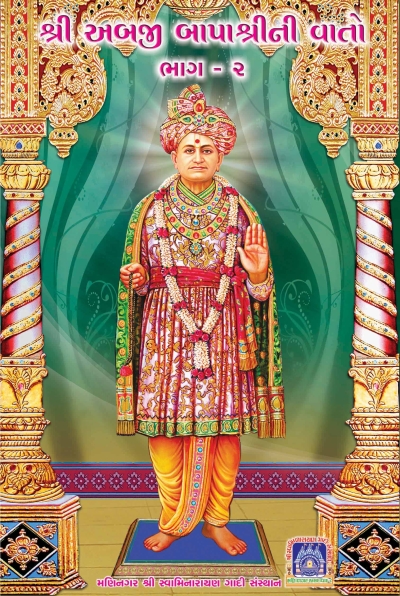 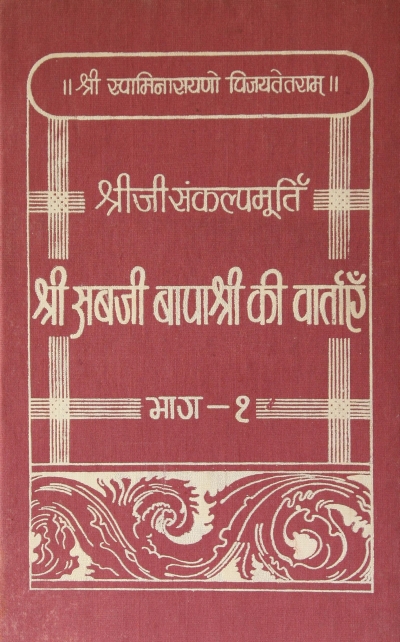 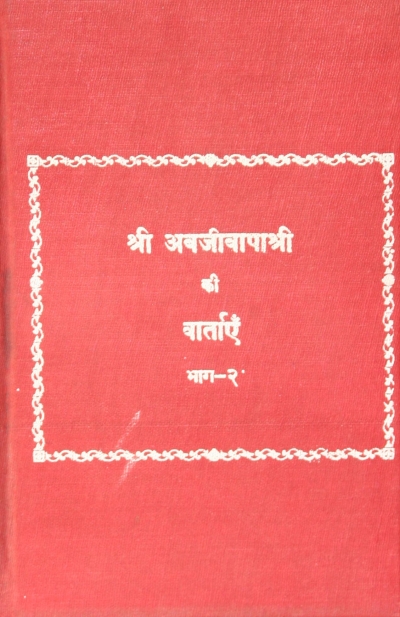 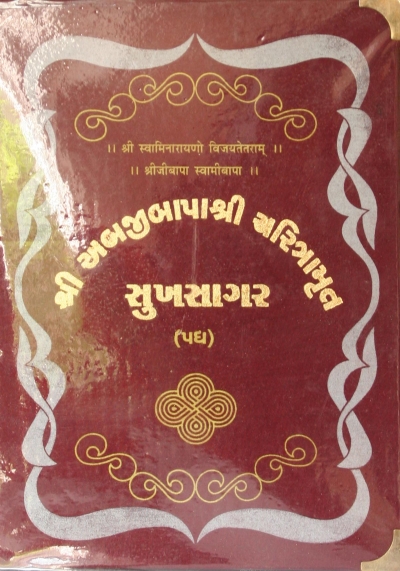 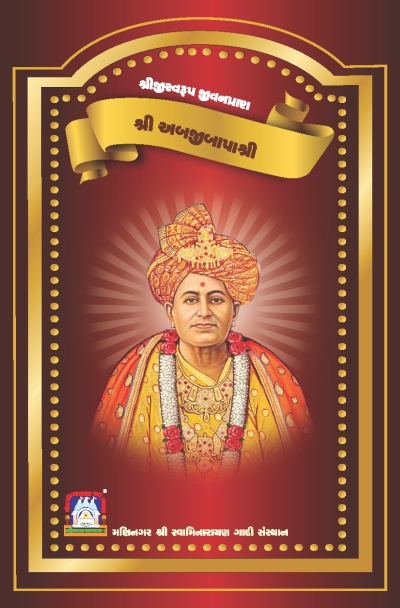 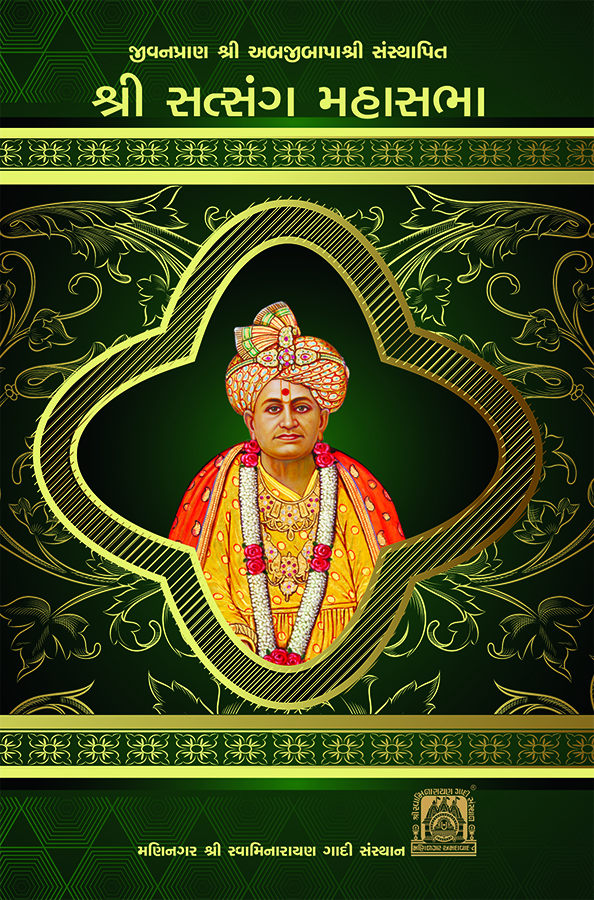 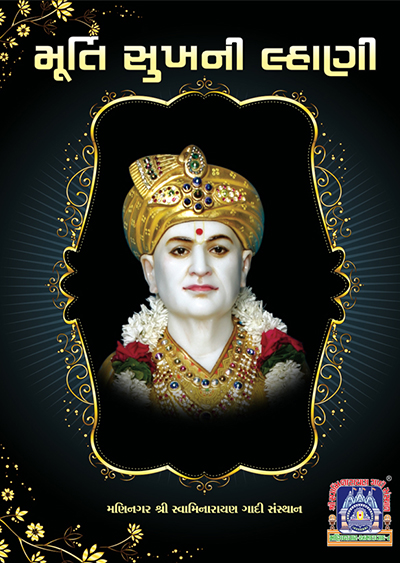 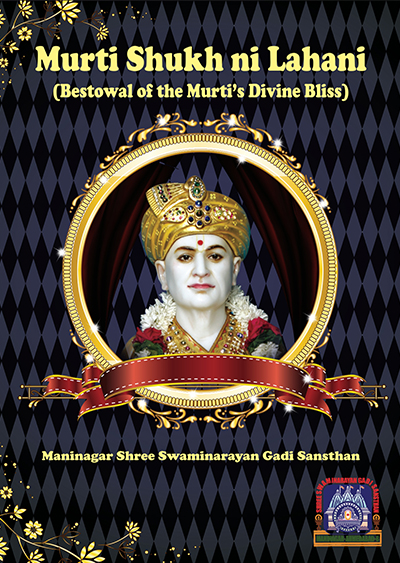 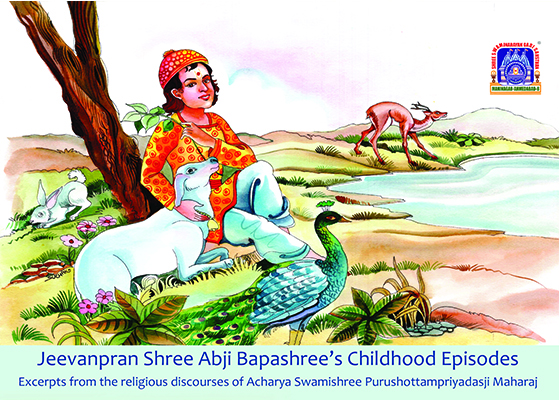