Many Hindus celebrate the birth of Shree Krishna by fasting. In the Shikshapatri, Slok 79, Lord Shree Swaminarayan has given the command that His disciples should follow the rules of ekadashi on the birthdays of Krishna etc. and that these occasions should be celebrated with great ceremony. 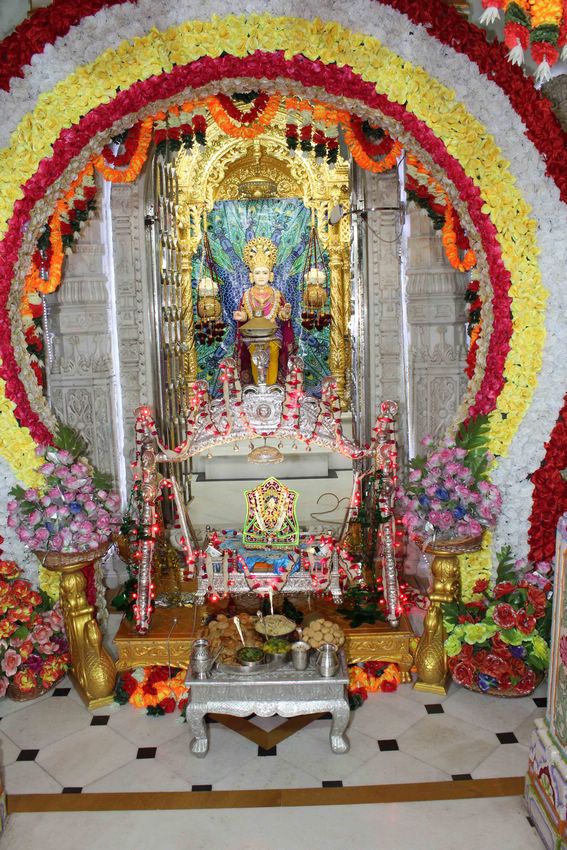 Divine darshan of Shree Harikrishna Maharaj seated on a swing

Sadguru Shree Ramanand Swami manifested in Samvat 1795 in the holy city of Ayodhya. However, the remarkable aspect of his manifestation is that he was not born in the normal human manner, from the womb of a mother. He simply appeared here, at the home of father Ajay, and mother Sumati.

On the day of Janmashtami, Lord Shree Swaminarayan is seated on a decorated cradle (paranyoo) and gently swung to the accompaniment of jubilant singing of kirtans. Aarti and thal is offered. The traditional thal is panchajiri, which is a sweet powder made of five items such as coriander seeds, cumin, coconut, ghee and ghor. This is then distributed to all as prasad.