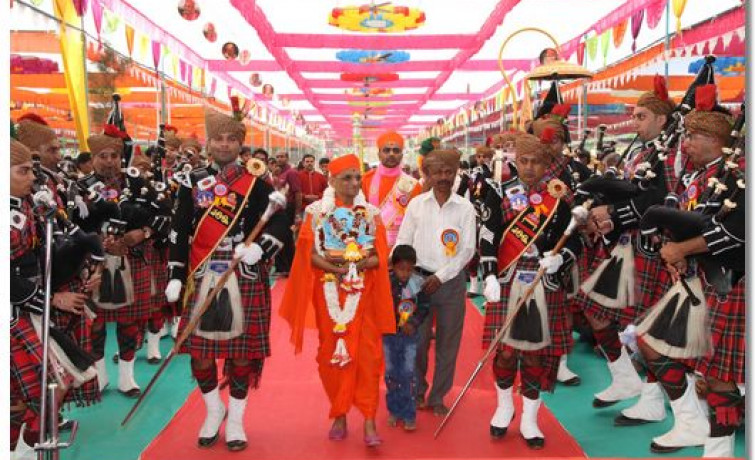 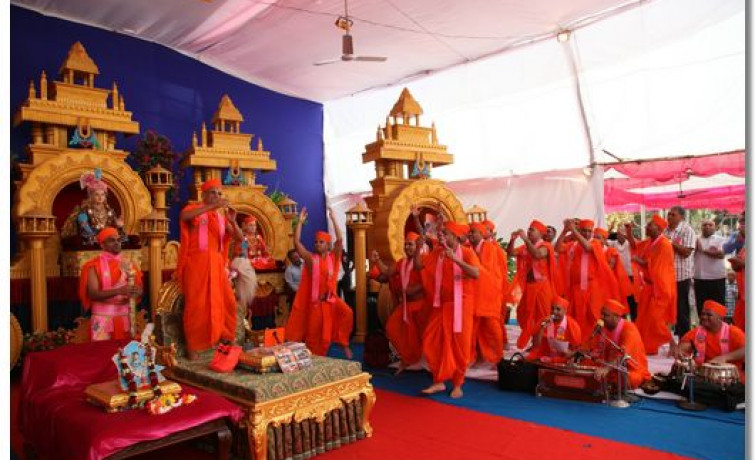 The third day of the grand festival commenced with a welcoming parade. Acharya Swamishree presided upon a golden chariot pulled by sants and disciples from the Panchmahal region. All the members of the Shree Muktajeevan Pipe Band were donned with the traditional ceremonial turbans of Panchmahal. Lead by the Band, the parade proceeded from the temple to the stage of the assembly marquee. Throughout the parade, Acharya Swamishree gave darshan to all the onlookers and bestowed His divine grace to everyone.

After the recital of the scripture, Shree Swaminarayan Gadi Granth, Acharya Swamishree addressed the congregation:

On this occasion, a new scripture called ‘Panchmahal Thayo Nyal’ was inaugurated by Acharya Swamishree and senior sants. This scripture retells the history of Panchmahal and details how Jeevanpran Swamibapa mercifully transformed the entire region and improved the lives of countless thousands of suffering people.

During the afternoon assembly, the recital of Shree Swaminarayan Gadi Granth was continued by Sadguru Shree Jitendriyapriyadasji Swami. Thereafter, disciples on whose behalf the 1300 recitals of Shree Abji Bapashree ni Vato had been performed, were given mementos of the occasion by Acharya Swamishree. 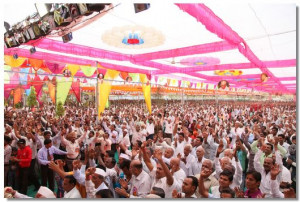 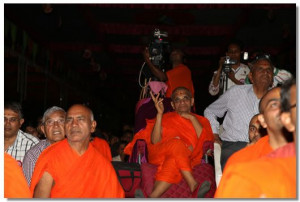 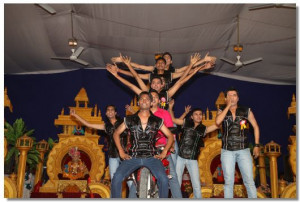 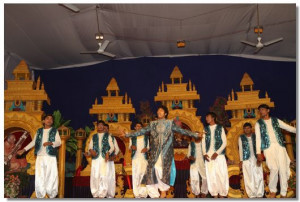 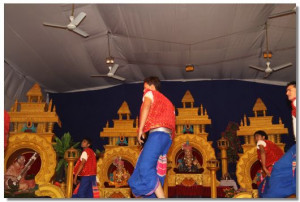 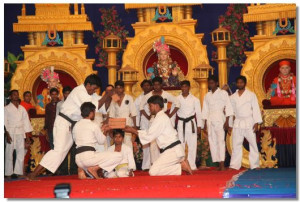