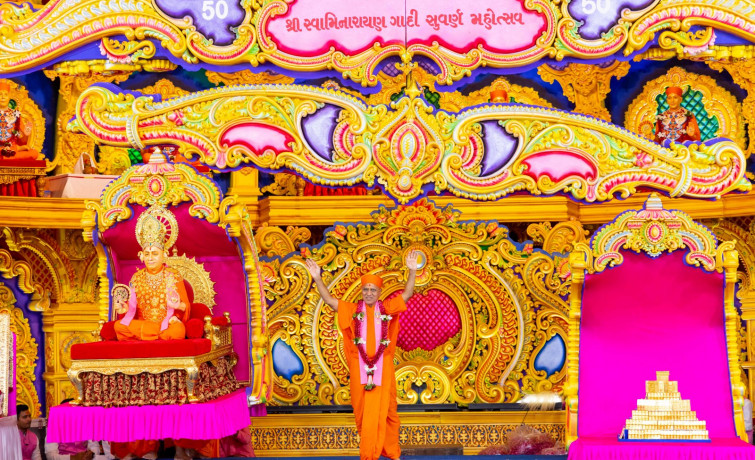 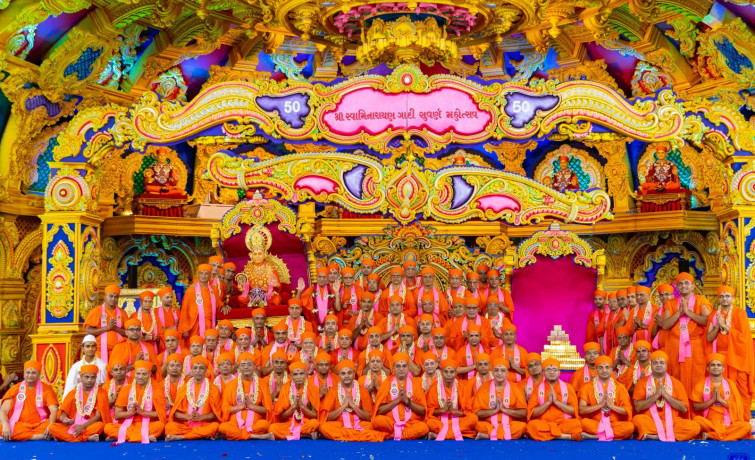 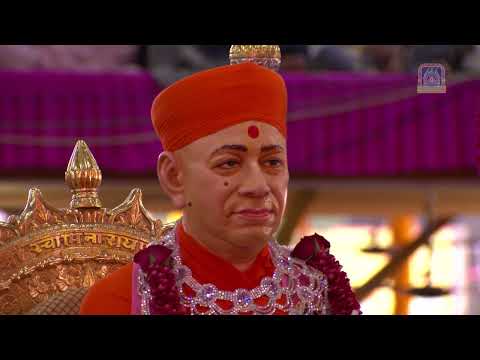 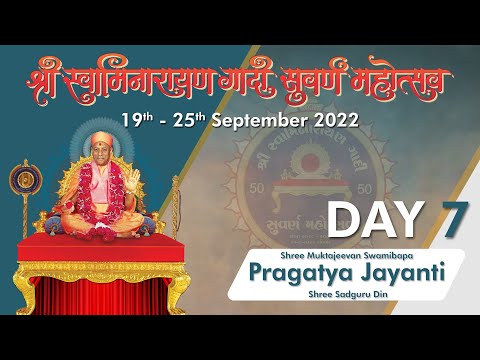 Jeevanpran Swamibapa was presided on the actual Shree Swaminarayan Gadi, besides His second heir, Gnan Mahodadhi Acharya Shree Jitendriyapriyadasji Swamiji Maharaj. Before them was an Annkut of sweets and delicacies - the items foiled in pure gold in celebration of today’s golden anniversary of Shree Swaminarayan Gadi.

The stage looked resplendent - the Tula (scales) are in place, a golden Annakut is offered to the Lord, and each Sant is adorned in a beautiful white flower garland - as Bapa offered poojan to Swamibapa on the 115th anniversary since He manifested on this Earth.

The principal sponsors offered the first of the day. The Sabha is the fullest it's been during the Mahotsav so far, including the spillover area where giant screens are showing today’s event live - literally standing room only - yet everyone was enjoying this darshan with impeccable calm.

Jeevanpran Swamibapa was moved to the Tula by His beloved Sants, which sent the audience into rapturous applause, cheers and the joyous waving of golden flags - what an atmosphere!

Jeevanpran Swamibapa presided on Shree Swaminarayan Gadi was weighed against sugar, beetle nuts, coconuts, silver, and finally, pure gold and the ‘panchratna’ - five precious jewels, sapphires, diamonds, rubies, pearls and coral. The energy of the audience with their enthusiastic flag waving didn’t wane one iota throughout.

One youngster who was lucky to have found a seat near the front of the Sabha enthused,

“I’ve never experienced anything like this - I can literally feel the energy of the Sabha coursing through me!” Another commented, “the noise when Bapa was finally weighed against the gold was incredible. I’m so glad I was able to be here in person”.

Acharya Swamiji Maharaj offered the first Aarti to the Tula, followed by the Sants, before disciples too had that honour. On this auspicious and momentous occasion, Acharya Swamiji Maharaj honoured three of the Sanstha’s most ardent disciples with gold medals from Maninagar Shree Swaminarayan Gadi Sansthan. Laljibhai Bhimji Sanghani, Vasantbhai Patel and Jadavjibhai Velji Varsani - who have all served lifelong as Trustees of the Sanstha - were awarded this unique honour, which is reserved for only the most devout and dedicated amongst us. May their devotion serve as an exemplar to future generations.

Following Aartis, everyone settled back to their seats to be blessed with Acharya Swamiji Maharaj’s divine Ashirwad. 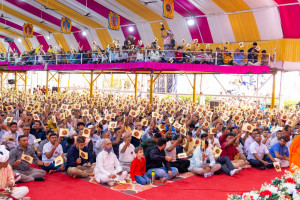 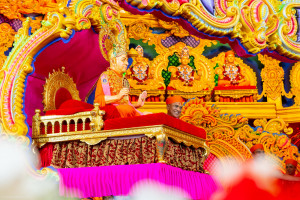 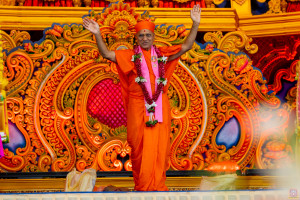 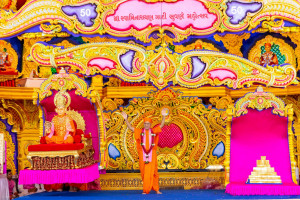 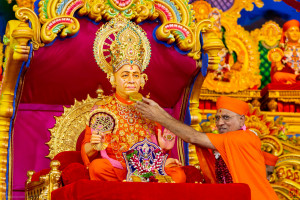 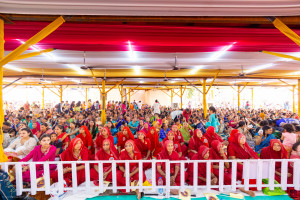