Audiences entertained and enriched with knowledge of Shree Swaminarayan Gadi 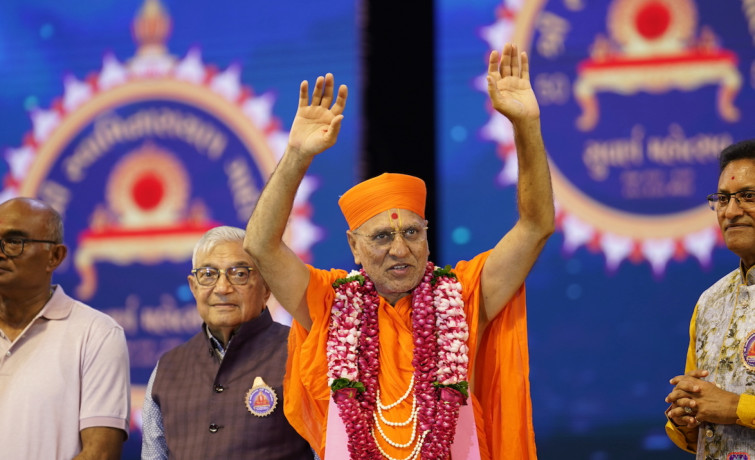 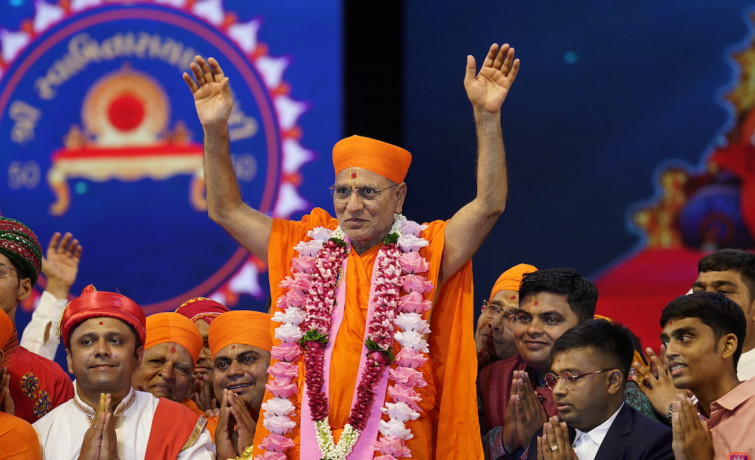 The fourth evening of the Suvarna Mahotsav, the third to take place at Smruti Mandir, saw a series of short drama performances from Mandals around the world. 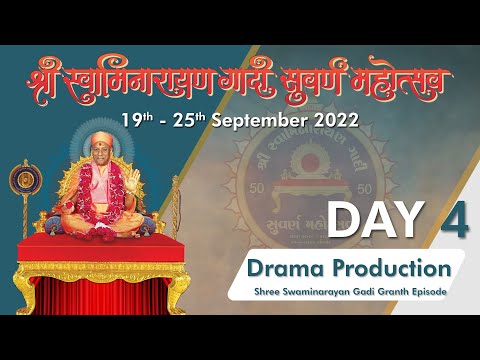 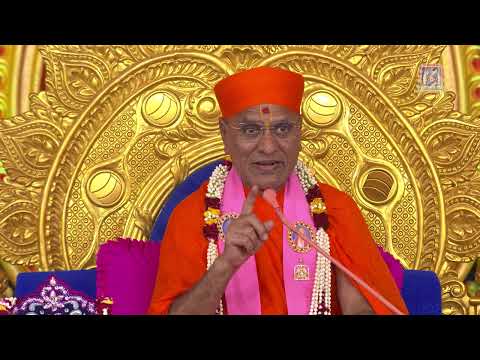 The fourth evening of the Suvarna Mahotsav, the third to take place at Smruti Mandir, saw a series of short drama performances from Mandals around the world. Mahotsavs of Shree Swaminarayan Gadi always include such festivals of knowledge, where audiences can gain valuable learnings through the medium of entertaining plays and sketches, and become enthused to learn more and more about our Satsang.

We are all very aware of how much emphasis Acharya Swamiji Maharaj places on the importance and power of knowledge; the fact that the venue today is full is testament to how tuned in all the disciples here are to Bapa’s wishes. Moreover, it is wonderfully befitting that such an evening of spiritual knowledge takes place only hours after Acharya Swamiji Maharaj was bequeathed with the honorary title, ज्ञानमहोदधि (Gnan Mahodadhi - Greatest Ocean of Spiritual Knowledge), by eminent ascetics and scholars.

The format of today’s event was different to prior such drama evenings, with short acts delivered by devotees from around the world - enacting episodes based on the Shree Swaminarayan Gadi scripture. Mandals from Maninagar, London, Bolton, Vadodara, Nairobi, Bavala, Kutch, Kadi, Surat, New Jersey, Panchamahal and the Chatralay delivered entertaining episodes - all describing the glory of our supreme history and heritage.

Comedy, drama, action - this evening had it all and kept the audience engaged throughout. There was certainly something for everyone tonight.

Acharya Swamiji Maharaj presided throughout the evening, and from His ex 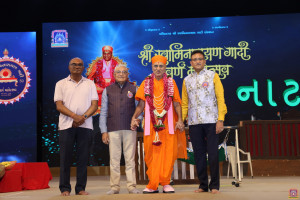 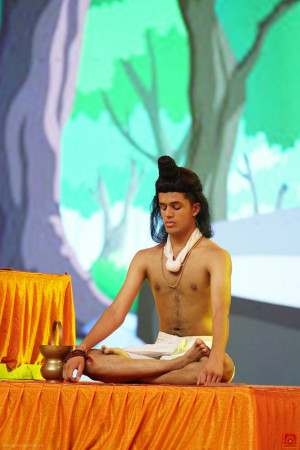 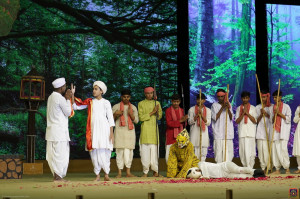 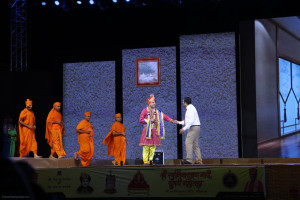 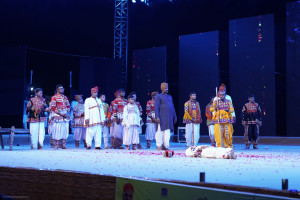 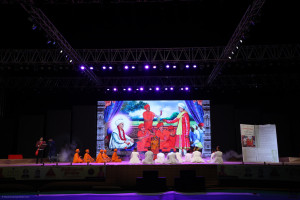