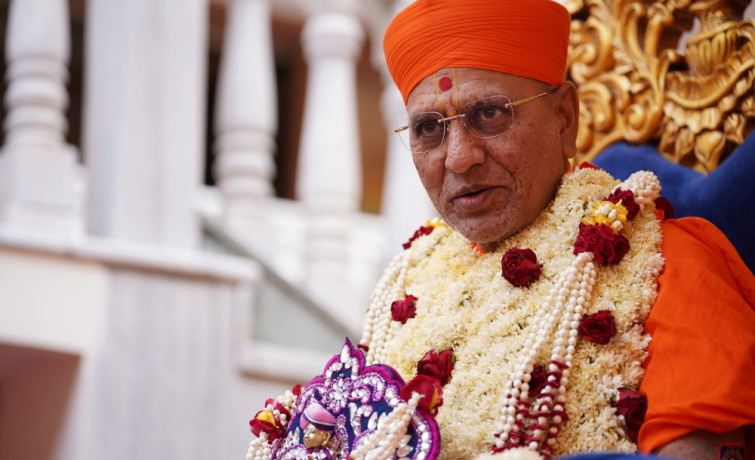 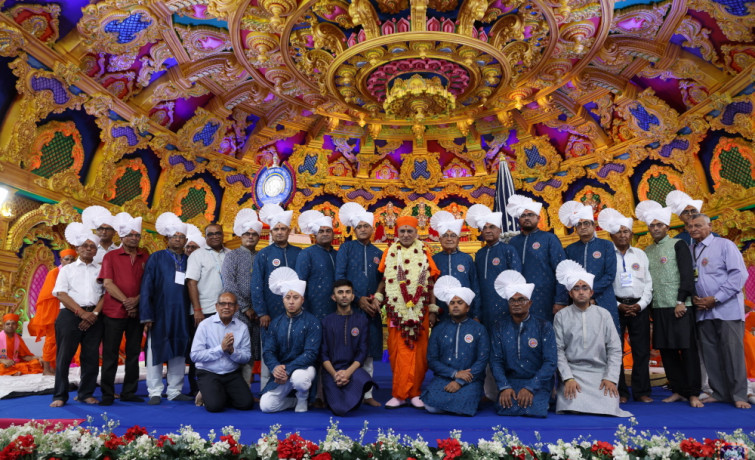 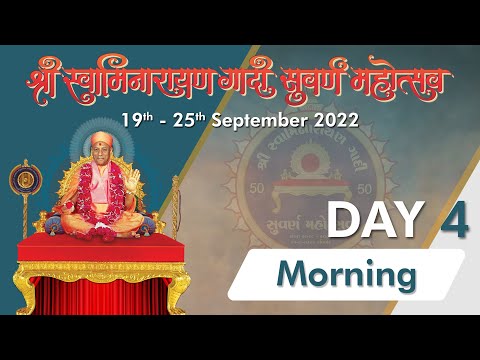 Acharya Swamiji Maharaj presided on His chariot before the assembled Shree Muktajeevan Swamibapa Pipe Band Bolton (UK), as today’s scripture recitals were concluding in the Sabha Mandap. The sound of the melodious pipes and drums could be heard around the vicinity of Maninagar, and the masses gathered in the Sabha Mandap knew they would soon have Bapa’s divine darshan. The principal sponsors of today drew Bapa’s chariot into the Sabha Mandap, as the crescendo of the Band built.

Once the parade reached the Sabha Mandap, the sponsoring disciples offered poojan to Bapa, before He made His way to the stage, where the Pipe Band saluted Him. Bapa presided on His regal and ornate throne before the Band took its leave, as the packed audience of the sabha eagerly awaited Bapa’s divine ashirwad, and patiently enjoyed His darshan in the meantime.

One devotee who arrived today to join this grand Mahotsav said

“The stage is a glimpse of Akshardham, it is absolutely beautiful and mesmerisingly unforgettable”.

His Divine Holiness Acharya Swamiji Maharaj showered His blessings on everyone - the manner in which His words of spiritual and practical wisdom have such a huge audience sitting and listening so attentively is an experience to behold.

A number of generous donations were made from the Sanstha to GR Bhagat High School and to establish the Jeevanpran Shree Abji Bapashree Orbit Dosimetry Cancer Machine Department. 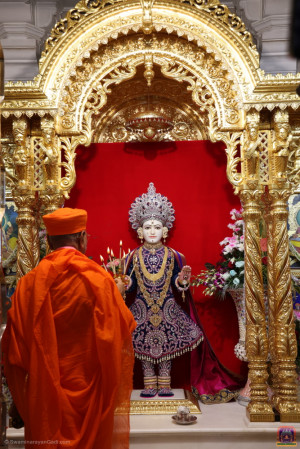 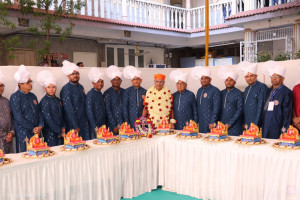 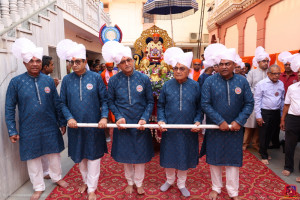 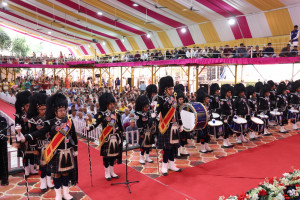 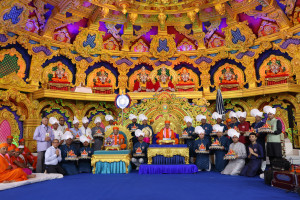 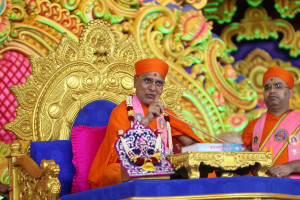