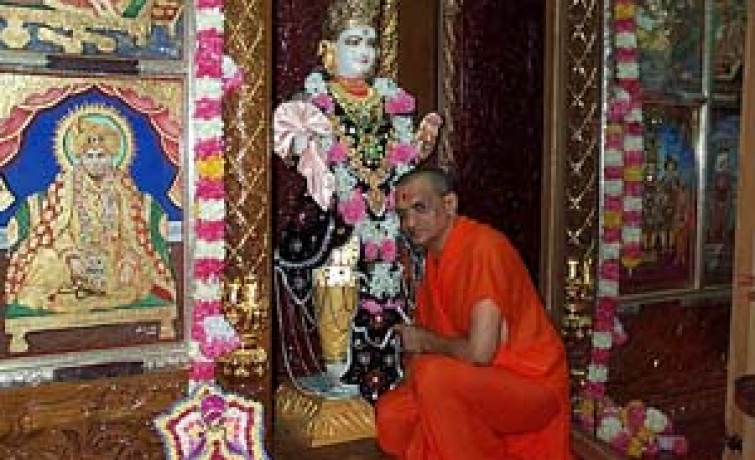 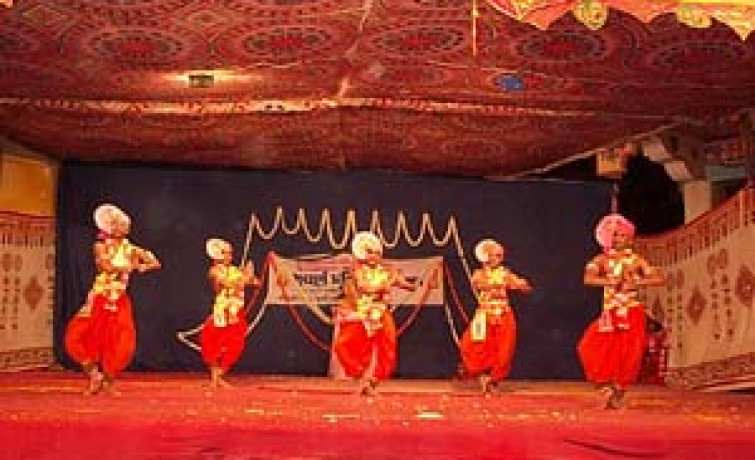 Inside the temple devotees gathered to awaken the Lord and be granted the divine darsan of the first divine aarti of the day... Mangla Aarti.

On the second day of the Mahotsav the swagat yatra started at the home of the devotees offering the Shree Swaminarayan Gadi Granth Parayan. HDH Acharya Swamishree was seated in an intricatelly decorated swan shaped chariot pulled by the devotees. Shree Ghanshyam Band from Madahapur played whilst welcoming HDH Acharya Swamishree to the Sabha Mandap.

"Jeevanpran Swamibapa has taught us that if we understand the greatness of Lord Swaminarayan's divine happiness, then all other things will become like poision to us. Such divine happiness can be experienced only from the company of the Anadi Muktas from Akshardhaam. That is why Premanand Swami has asked Lord Swaminarayan for two boons. Firstly, all His devotees should never have any hatred towards Lord Swaminarayan, and secondly, He asked that the Lord always give His devotees the company of the Lord's Anadi Muktas....."

"One day, Bapashree asked Sadguru Bapa 'When Shobharam used to ask questions to Lord Swaminarayan, is that the same as you asking me questions at this time?' Sadguru Bapa replied that it is the same, and the questions, and your answers are one and the same. Bapashree said that this is exactly what has to be understood about Karan Satsang. That very Bapashree, came back in the divine form of our dear Jeevanpran Swamibapa....."

"Jeevanpran Swamibapa has showered countless divine blessings on everyone. The magnetism of the Lord will pull those devotees towards Him, who obey the Lord's commands. It is the Lord's solemn pledge that He will rescue that devotee from any difficult situation......

"To attain this divine happiness, Bapashree has said that whatever Lord Swaminarayan asks from His devotee, the devotee should do as the Lord commands at that very same time. Those who do not, are they not knowledgable? Big Rushis like Vyas, Pralad, Janak, Bhisma, Dadakachar, Parvatbhai, Jinabhai, and Surakachar, they all obeyed His commands. They all had rich social lives, but were still not attached nor interested in any of this......"

"Who is the devotee who will never abandon religion, even in difficult place and time? Lord Swaminarayan has said that whoever does as I command, whether my command is big or small, and who conducts every one of my commands with equal importance, and gives them all full attention, is a true devotee."

"Prathna: O Lord, please give us the strength to do as you say, and we are always able to please you....." 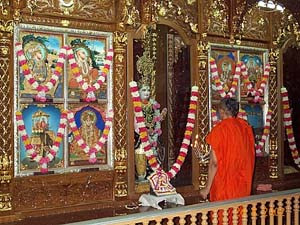 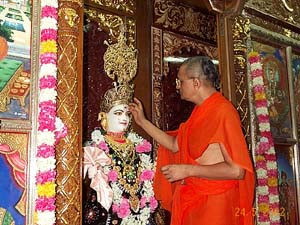 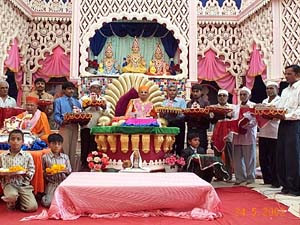 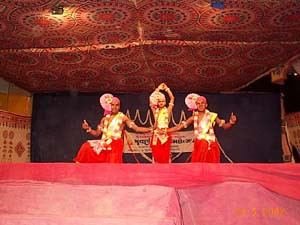 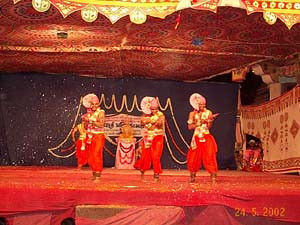 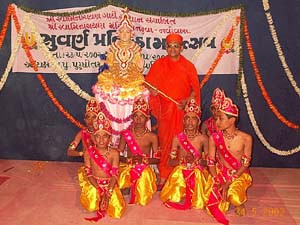