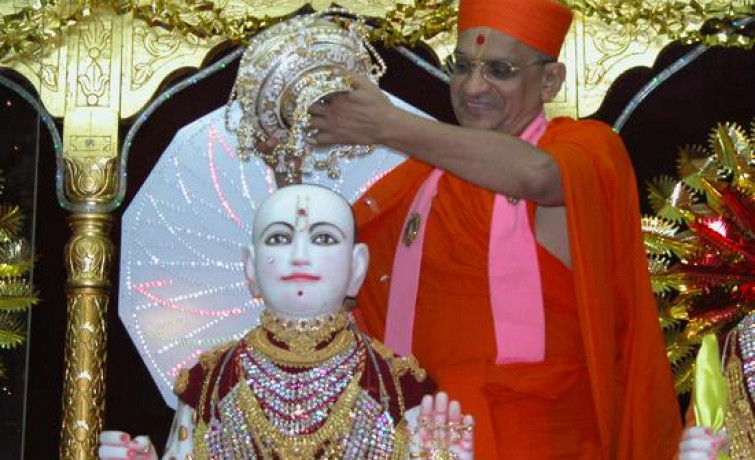 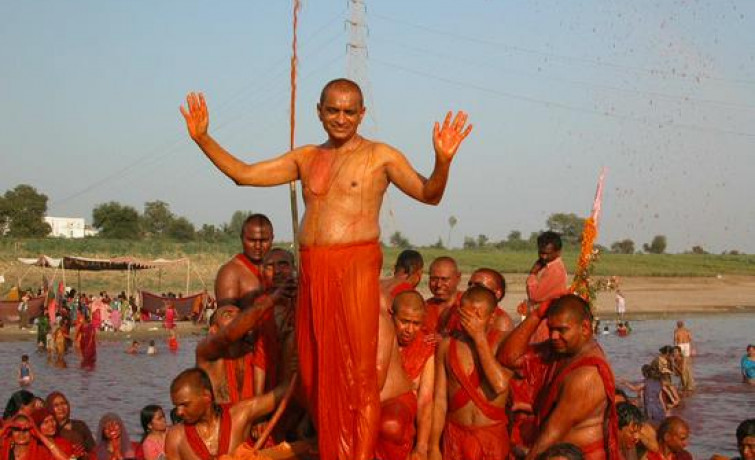 Today was the 5th and final day of the Rajat Pratishtha Mahotsav.

In addition, today, Vasant Panchmi, is celebrated by all disciples of the Swaminarayan Sampradaya as it is the day that our merciful supreme Lord Swaminarayan gave us His scripture of commandments, the Shikshapatri. Lord Swaminarayan presented this scripture in Vadtal 177 years ago for the benefit of all souls and for that reason, it is described as the Sarvajeevhitavaha. These rules are just as relevant today as they were nearly 2 centuries ago.

During the mangla aarti, Shree Ghanshyam Maharaj was casting His divine gaze over all His disciples and gently smiling about how His children remained contented due to their adherence to His commands stipulated in the Shikshapatri.

Immediately after the mangla aarti, the melodious sound of the Shikshapatri verses being sung started to fill the air and a feeling of unexplainable spirituality pervaded everywhere. In the mandir and the sabha mandap, the sants and disciples sat and recited the Shikshapatri.

Acharya Swamishree accepted the humble requests of the sants and disciples and also allowed them the opportunity of performing poojan to Him, using the precious petals.

On behalf of all the sants and disciples, Acharya Swamishree performed poojan to the Shikshapatri and offered aarti.

On this auspicious occasion, Jeevanpran Swamishree showered His divine blessings over all;

After the ashirwad, a vast array of food was offered to the Lord in the form of an annkut. His Divine Holiness Acharya Swamishree performed the first aarti, after which many disciples were also given the opportunity to offer their devotion in the form of aartis to the supreme Lord.

At 2 pm, everyone travelled to the vast gardens of Malsa, on the banks of the river Narmada, which is just outside the city of Vadodara. Here, they were to celebrate the Shikshapatri Jayanti, Vasant Panchmi, in the traditional manner, with coloured water.

Acharya Swamishree first bathed Shree Harikrishna Maharaj in panchamrut, the 5 nectars, milk, yogurt, ghee, honey and sugar. He then sprinkled coloured water and auspicious gulal powder over the Lord. His Divine Holiness Acharya Swamishree then sprayed this prasadi coloured water and powder over the sants and disciples and made this concluding event of the Mahotsav an unforgettable moment in the lives of all the disciples of Vadodara. 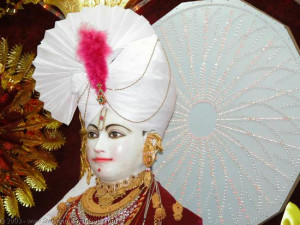 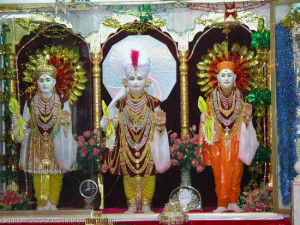 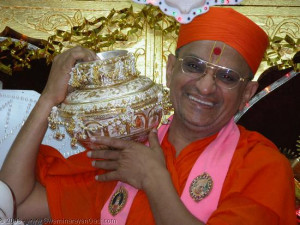 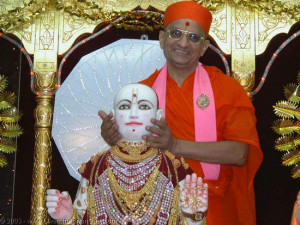 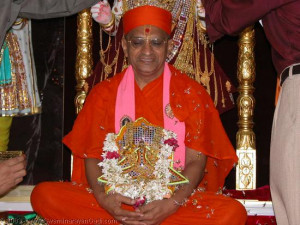 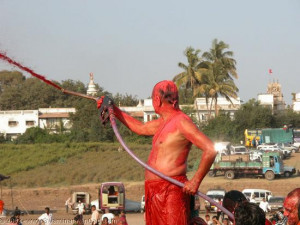