Kutch Vicharan during the Vaishakh Month 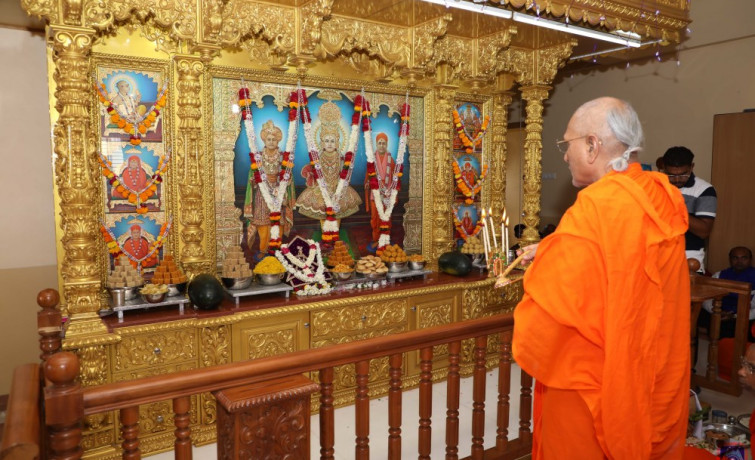 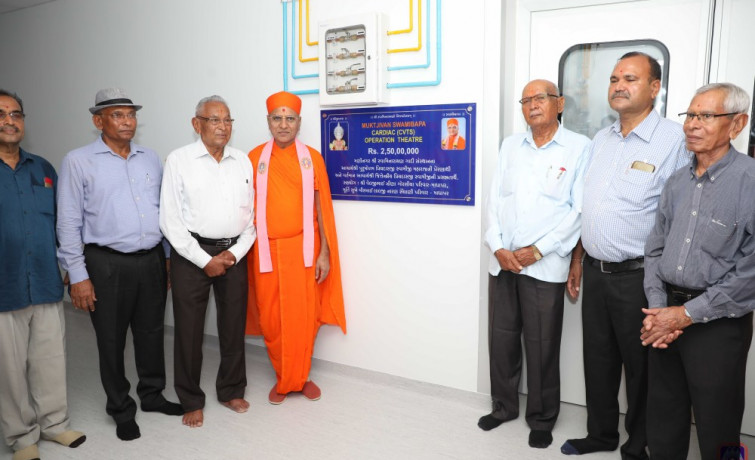 Acharya Swamiji Maharaj performed the patotsav ceremonies of all the Kutch Mandirs during the Vaishakh month.

On Friday 29 April 2022, Acharya Swamiji Maharaj performed the Shanghar Aarti of the Lord in Maninagar Mandir, and then travelled to the Kutch region.

During the journey, He visited the village of Kumbharia where former students of the Maninagar Chatralay live. 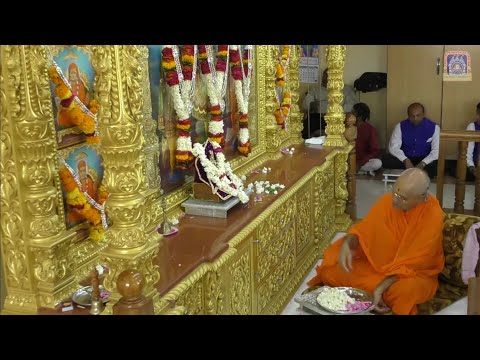 The 8th patotsav of Sukhpur Mandir was performed on Tuesday 10 May 2022. Acharya Swamiji Maharaj gave generous donations on behalf of the Mandir to local needy causes on this occassion..

Cricket Tournament at Bhuj-Kutch on 10th May 2022

In celebration of Shree Swaminarayan Gadi Suvarna Mahotsav, the young disciples of Kutch and Gujarat held a 24 hour day/night cricket match on 10 May 2022, in the ground of Shree Muktajeevan Swamibapa Mahila Arts Commerce and BCA College in Bhuj. Acharya Swamiji Maharaj visited the match in the final stages to give darshan, and present trophies to the winning team and outstanding players. 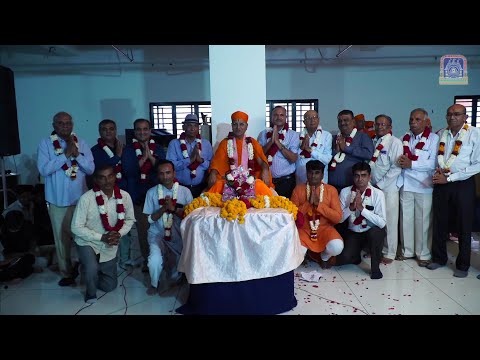 
On 9 May 2022, a special assembly was held in the newly built building of the K.K. Patel Super Speciality Hospital in Bhuj in the divine presence of Acharya Shree Jitendriyapriyadasji Swamiji Maharaj.

This new hospital is an initiative to enhance the present healthcare services available in the Kutch region. Situated in a large campus of over 13 acres, the hospital is providing state of the art treatment in the field of Cardiology, Oncology, Nephrology, Urology, Trauma, Neurosurgery etc.

Ved Ratna Acharya Swamiji Maharaj visited the site in 2019, and furthermore, substantial donations have been made on behalf of Maninagar Shree Swaminarayan Gadi Sansthan, in His remembrance. During April 2022, when the inauguration of the hospital was performed, our honourable Sants attended the functions and remotely from Australia, Acharya Swamiji Maharaj blessed the occasion as well.

At this welcoming assembly, the trustees of the hospital welcomed Acharya Swamiji Maharaj and took His blessings. 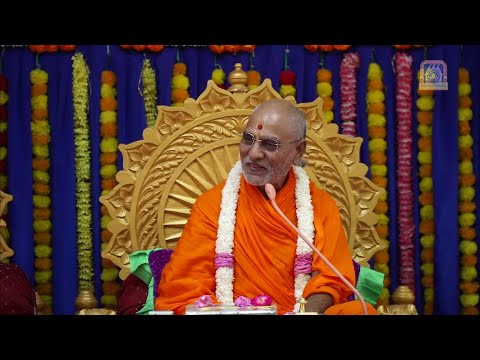 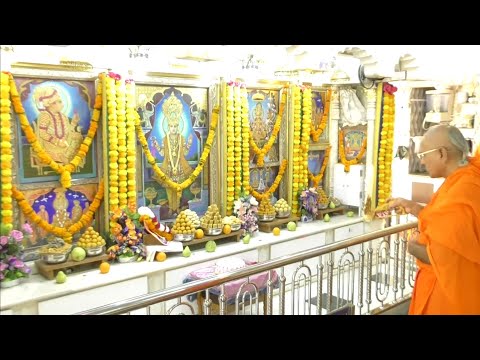 Sunday 8 May 2022 marked 73 years since the establishment of Madhapar Mandir. Acharya Swamiji Maharaj held scripture recitals and blessed the disciples of the village. Disciples also held Samuh Raas on the evening preceding the patotsav to please the Lord.

On 4th April  Acharya Swamiji Maharaj visited Gedi and 5th April Rapar region of Kutch, where He performed distribution of fresh fodder at a cattle sanctuary, and held an assembly.

On 4th April  Acharya Swamiji Maharaj Kundalpur region of Kutch, where He performed distribution of fresh fodder at a cattle sanctuary. 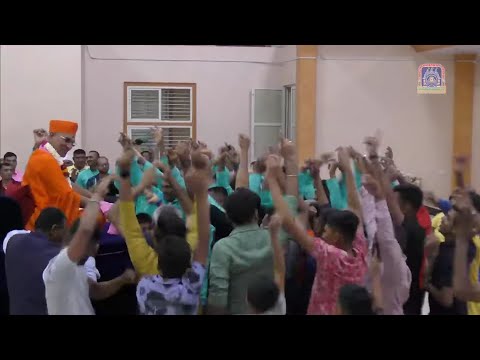 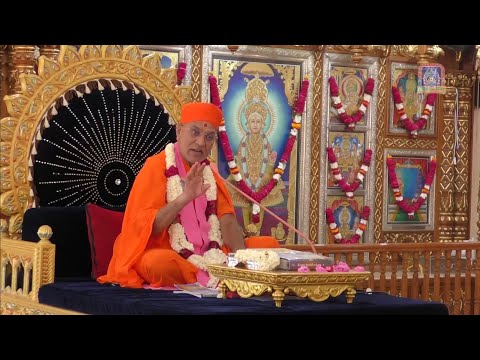 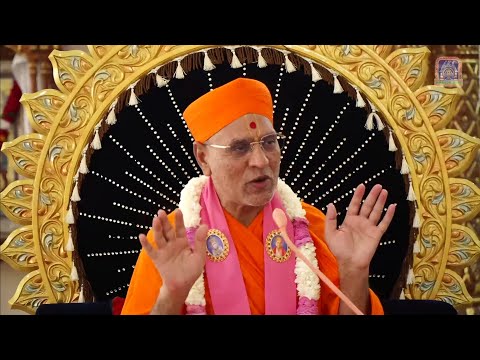 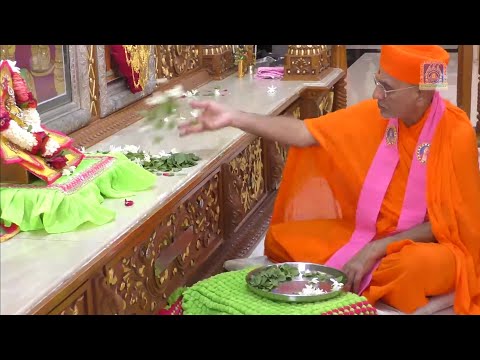 Countinuing the journey, He reached the village of Naranpur, where He was ceremonially welcomed by the villagers. The Sadguru Din commemoraitons were held on Saturday 30 April 2022. Scripture reicals were also held during His stay in Naranpur.

Samuh raas was held on Sunday 1 May 2022, and a religious drama production was performed by the young disciples of Naranpur during the evening of Monday 2 May. Acharya Swamiji Maharaj performed the patotsav ceremony of Lord Swaminarayanbapa Swamibapa presiding in Naranpur Mandir on the auspiscious day of Akshay Trutiya, Tuesday 3 May 2022. 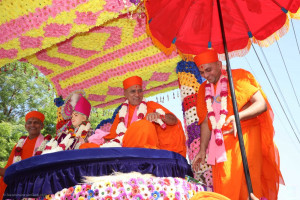 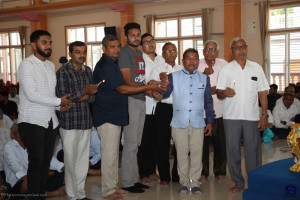 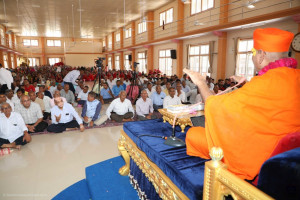 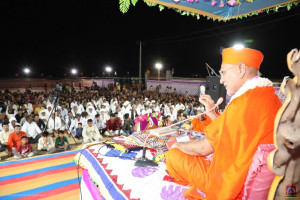 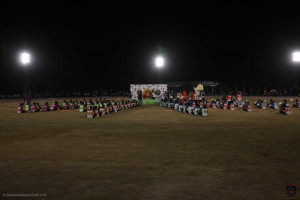 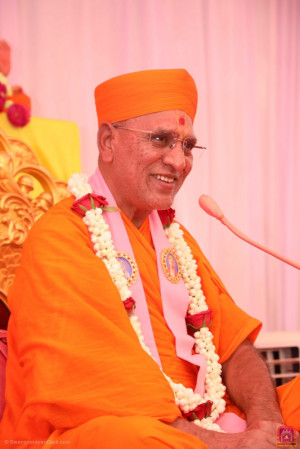