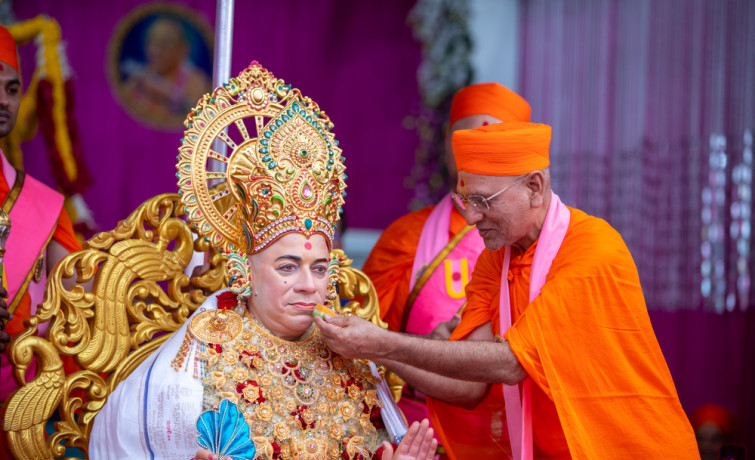 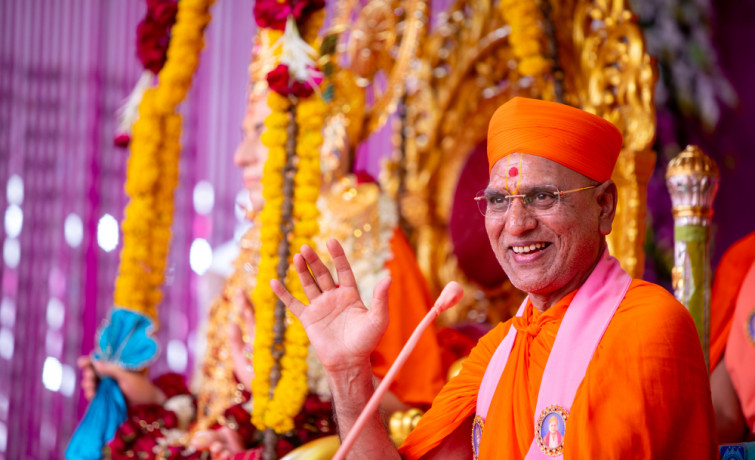 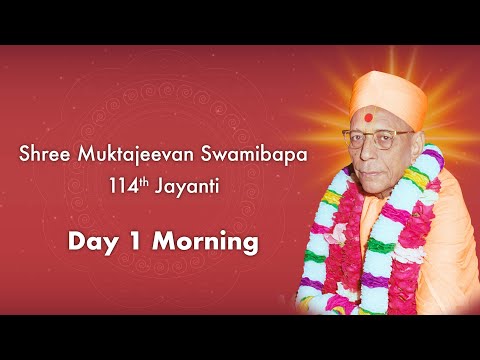 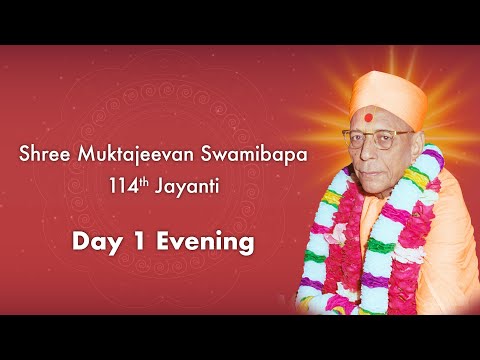 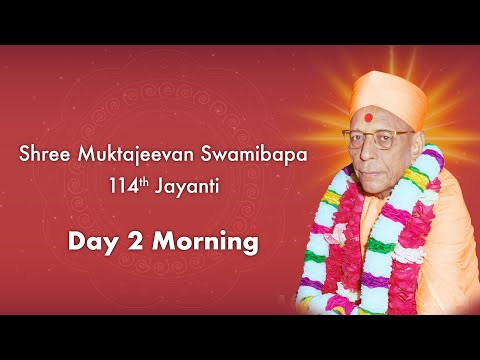 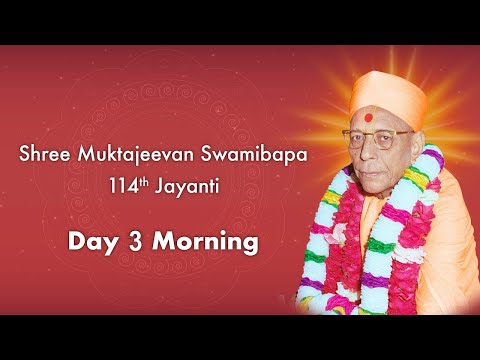 Jeevanpran Swamibapa’s tula ceremony was then performed, during which He was ceremonially weighed against fresh flowers, coconuts, supari and sugar candy. This reminded disciples of the grand festivals held in 1957, 1967 and 1977, when Jeevanpran Swamibapa’s golden, platinum and diamond jubilees were held.

During His divine blessings, Acharya Swamiji Maharaj announced that in exactly 12 months, it will be 50 years since Gurudev Swamibapa gave a physical embodiment to Shree Swaminarayan Gadi. In accordance with the wishes of Ved Ratna Acharya Swamishree Maharaj, a magnificent 7 day festival, Shree Swaminarayan Gadi Suvarna Mahotsav will be held in the grounds of Maninagar Mandir, from Monday 19 September 2022 to Sunday 25 September 2022. 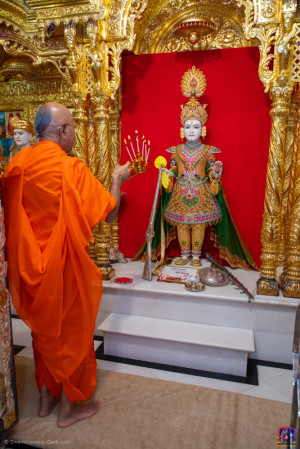 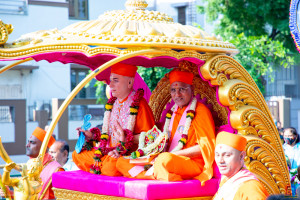 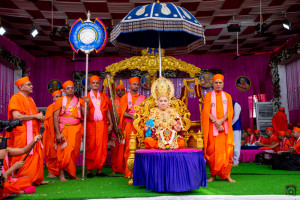 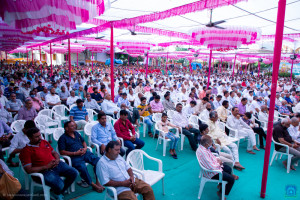 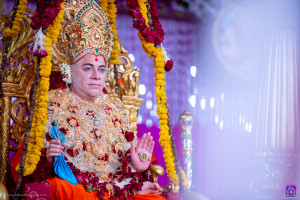 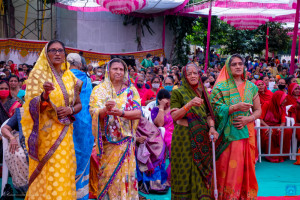