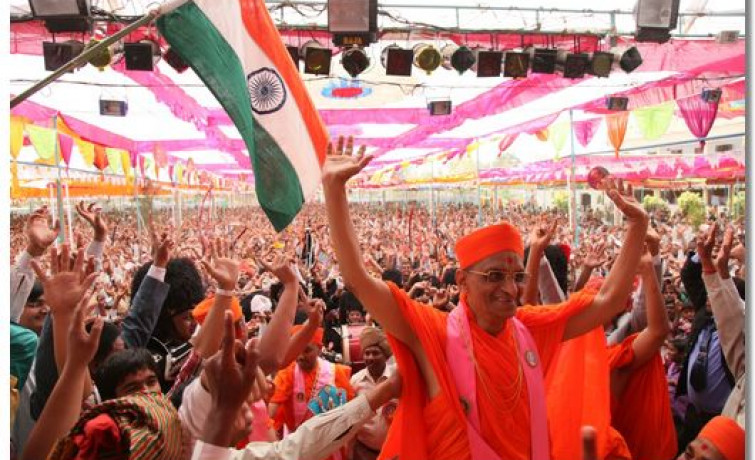 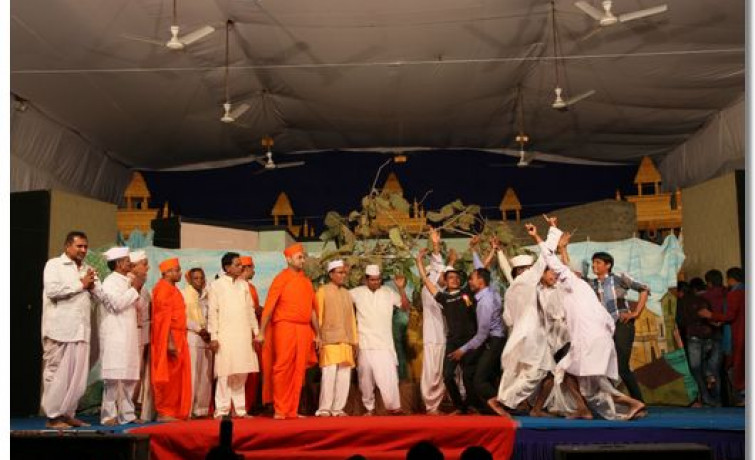 During the early morning of Thursday 8 March 2012, the day of the Holi festival, many thousands of people assembled at Vaghjipur Chokdi, the centre of the village, to take part in the grand procession.

At exactly 8.00 am, Acharya Swamishree arrived and presided upon a golden chariot. A helicopter circled the procession and showered fragrant flower petals over everyone. Senior sants and disciples garlanded Acharya Swamishree.

Apart from Acharya Swamishree’s chariot was a golden chariot upon which presided Lord Shree Swaminarayan, and another for Jeevanpran Shree Abji Bapashree. The replica aeroplane, Shree Muktajeevan Airways, also taxied along the route.

Sixty disciples of Panchmahal, in their traditional attire, carried bows and arrows and danced during the procession. In addition, there were 60 disciples carrying swords, and another 60 carrying swords. An open back lorry carried young disciples who danced to devotional music. Behind Acharya Swamishree’s chariot, a group of girls also danced throughout the entire route.

As it was the day of Holi, large branches of the ‘Kesudo’ flower were carried by disciples along the route. It is from this flower that the traditional yellow/orange colour used for the Holi celebrations is made.

The procession passed Vaghjipur Primary School, and eventually reached the temple at 1.00pm, five hours after its start. There were so many people that it was difficult to walk along the route. Throughout, Acharya Swamishree showered onlookers with prasad.

When the procession reached the festival assembly marquee, Shree Harikrishna Maharaj and Acharya Swamishree were ceremonially welcomed and led onto the stage. The atmosphere was electric due to the uncontrollable joy and love that was evident in everyone.

At the end of the procession, all the people were given prasad. So many people came to eat on this day that it became impossible to keep a count or make an estimate. However, the festival kitchens have reported that they used 3 tonnes of salt in making the food.

At 4.00pm, Acharya Swamishree arrived in the assembly marquee and gave darshan to all the sants and disciples. He then commenced His divine blessings:

After the divine blessings, a special event was held to mark the golden jubilee of our beloved Acharya Swamishree's Diksha as a sant. At the tender age of 19 years, 9 months and 23 days, in Samvat 2018 Fagan Sud 15 (Sunday 21 March 1962), Gurudev Jeevanpran Shree Muktajeevan Swamibapa initiated Acharya Swamishree as a sant and named Him Swami Purushottampriyadasji, i.e. He who is beloved to Purushottam....the supreme Lord Shree Swaminarayan.

Senior sants and disciples then performed adoration to Acharya Swamishree. Everyone in the congregation were given small lamps and a communal aarti was performed to mark the golden jubilee.

A drama production, Swamibapa Taranhara - Swamibapa our Saviour, was performed by sants and disciples of Panchmahal. The story retold the dire situation in Panchmahal 60 years ago. Scenes depicted how Swamibapa first came to the region and how His teachings and spiritual love transformed Panchmahal; and how, by Swamibapa's mercy, the people have progressed in all respects. It also showed the immense work that Acharya Swamishree has done for the regeneration of Panchmahal. 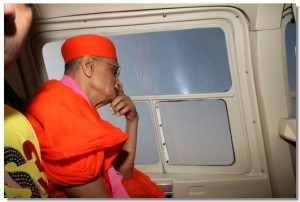 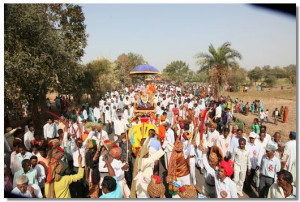 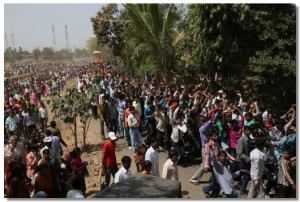 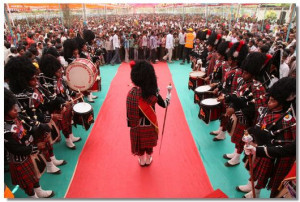 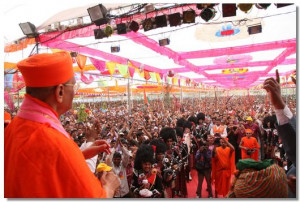 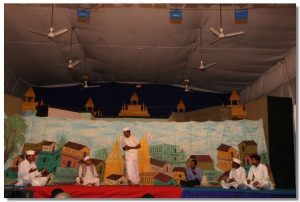