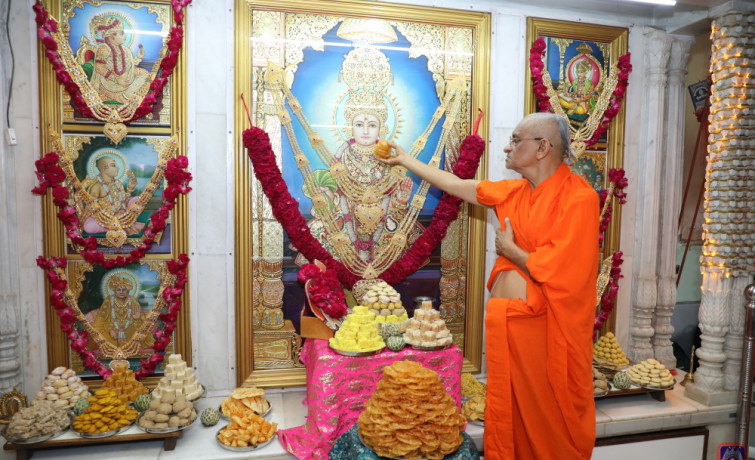 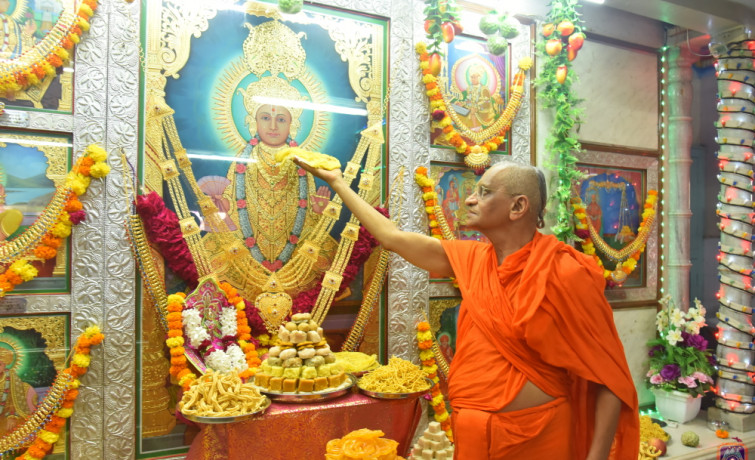 After the Sharad Purnima celebration in Maninagardham, Acharya Swamishree Maharaj and Sants travelled to the Panchmahal region. 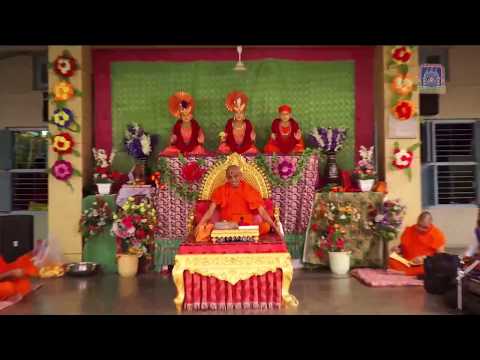 After the Sharad Purnima celebration in Maninagardham, Acharya Swamishree Maharaj and Sants travelled to the Panchmahal region.

The patotsav of the supreme Lord presiding in the village of Mordungra was celebrated on Saturday 19 October 2019. This year marked the 36th year since Acharya Swamishree Maharaj opened the first Mandir in this village, and the 17th year since the Mandir was re-built.

The patotsav of Vaghjipur Mandir was celebrated on Monday 21 October 2019. This year marked the 44th year since Gurudev Swamibapa opened the Mandir in this village.

As a facet of the upcoming festivals of Shree Abji Bapashree Shatamrut Mahotsav and Shree Vachanamrut Dwishatabdi Mahotsav, which are to be held in November of 2019 in Vrushpur, Kutch, disciples of Maninagar Shree Swaminarayan Gadi Sansthan all around the world have been performing continuous dhoon, recitation of the sacred Swaminarayan mahamantra. The disciples of Panchmahal have been performing dhoon in their various villages. Collectively they have performed 3700 hours of continuous dhoon.

As the official conclusion of this period of their additional devotion, Acharya Swamishree Maharaj visited the various regions of Panchmahal and concluded the dhoon. During this period, processions were also held in the various regions during which disciples carried the sacred Vachanamrut, giving darshan to everyone of this supreme scripture of Lord Shree Swaminarayan’s philosophy. 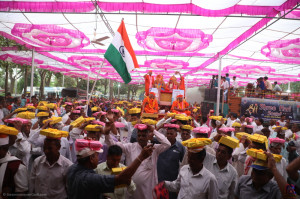 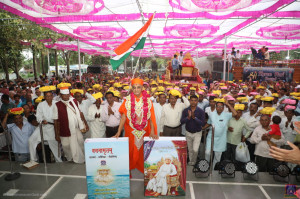 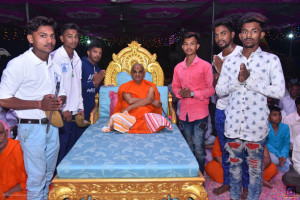 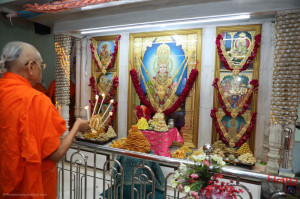 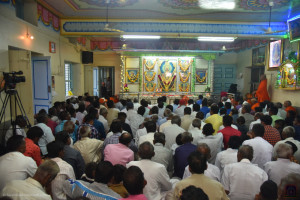