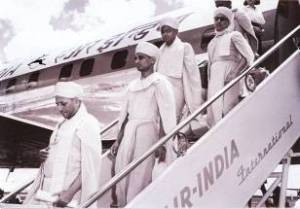 Once again, Jeevanpran Shree Muktajeevan Swamibapa succumbed to the prayers of disciples and visited East Africa. This time, He was accompanied with three sants and one parshad; and this time, they travelled by plane.

The Air India aeroplane flew in to Eastleigh Airport in Nairobi on Thursday 13 November 1952 (Samvat 2009, Kartik vad 11). As soon as Swamibapa stepped off the plane, He was warmly welcomed by all His loving disciples. 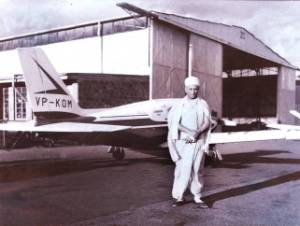 The first temple of the supreme Karan Satsang outside India had been constructed on Grogan Road, Nairobi. Swamibapa was delighted to see the new temple. Jeevanpran Swamibapa and His sants resided in the new temple.

A magnificent three day festival, from Wednesday 24 December 1952 to Friday 26 December 1952 was held in celebration of the installation of the divine Murtis. The recitals of the holy sacred scripture, the Vachnamrut Rahasyarth Pradipika Tika, commenced on Thursday 25 December 1952, and a grand procession was held in the streets of Nairobi. 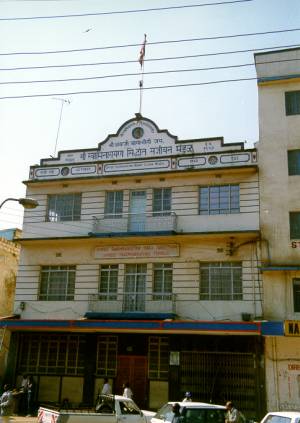 The Temple was not just a place of worship, but it was a centre for the spiritual and social welfare for all the inhabitants of Nairobi. Not only was it the Indian population who benefited from its presence but also many indigenous Kenyans became reformed characters. Many humanitarian projects were instigated as part of the Temple activities. 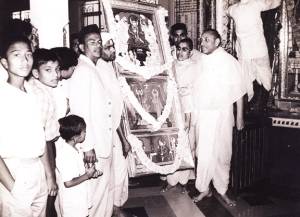 During the tour, Shree Muktajeevan Swamibapa showed His sincere commitment to helping the advancement of education by donating a substantial amount of money, Ksh. 20,000, to the Indian High Commissioner, Shree Apa Panti, for the ongoing construction of the Gandhi Memorial College, now a part of The University of Nairobi. 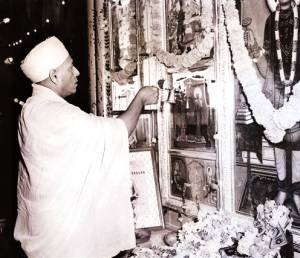 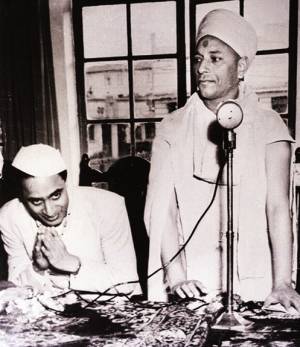