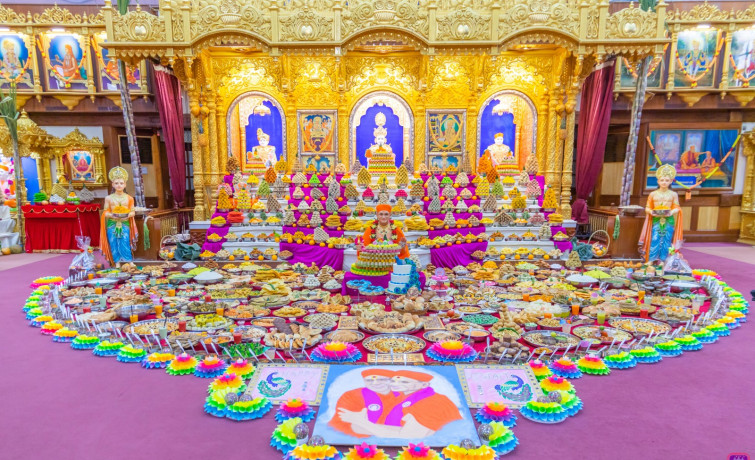 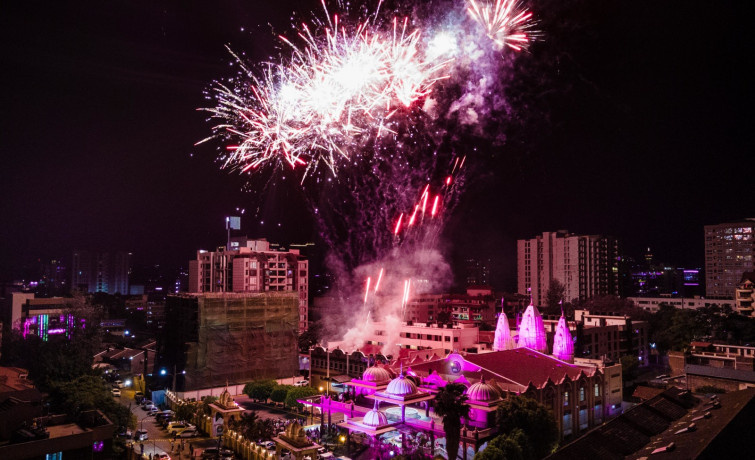 The preparations for Diwali started much earlier before the grand day. Disciples conducted seva wherever possible, from planning, lighting and other beautiful decorations, preparation of the Annakut delicacies and organizing.

On the 25th of October, devotees gathered in the Mandir and assembled a superlative and beautiful Annakut surrounding Lord Swaminarayanbapa Swamibapa and Ved Ratna Acharya Swamishree Maharaj. Several sweet delicacies and savories prepared by devotees were symmetrically aligned on the Annakut stand along with several fruits and vegetables. Beautiful rangolis were also displayed along with the Annakut.

The Hindu New Year, Samvat 2079 fell on Wednesday, 26th of October. The day’s event began at 6:00 am with Mangla Aarti Niyams followed by Kirtan Bhakti. Devotees gathered to receive divine discourses via audio from Shree Muktajeevan Swamibapa. Devotees prayed for the New year to commence with prosperity and blessings. Thousands of Hindus visited to witness the exquisite Annakut and receive blessings from Lord Swaminarayanbapa Swamibapa and Ved Ratna Acharya Swamishree Maharaj.

Devotees exchanged greetings and wishes for the New Year. Annakut Prasad was later served to all in the evening. 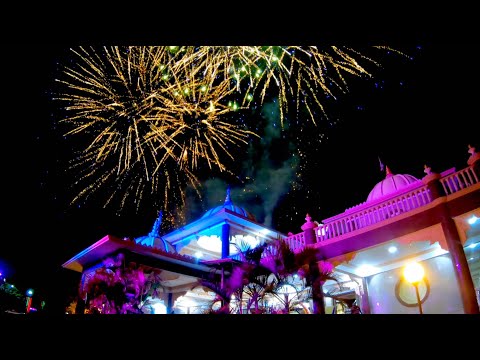 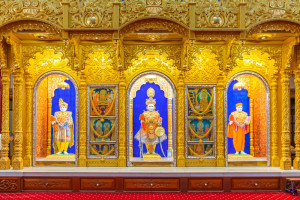 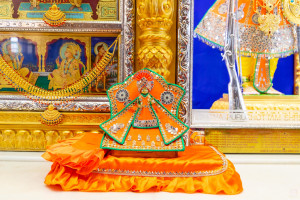 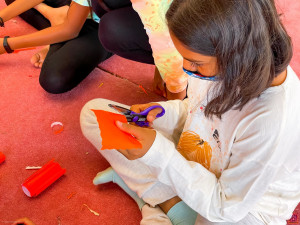 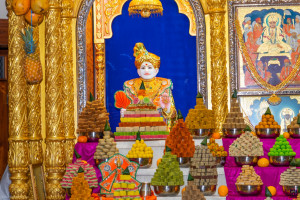 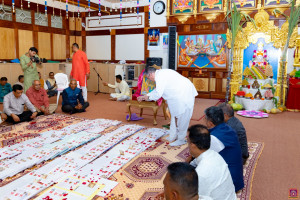 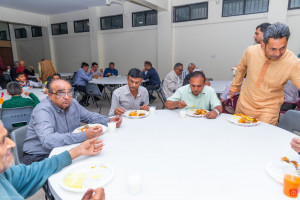