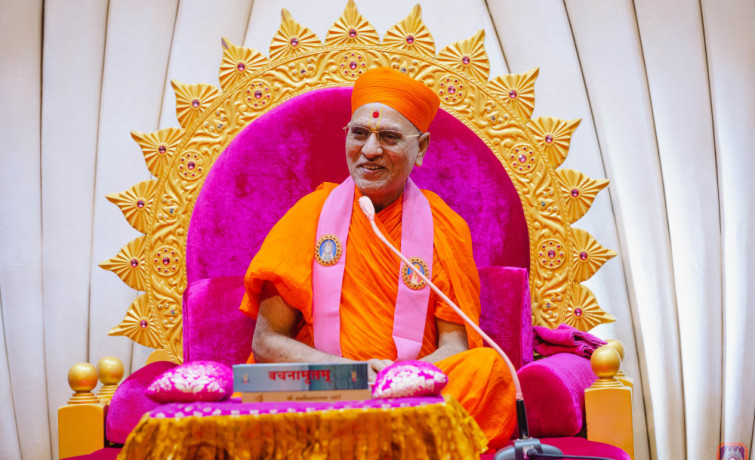 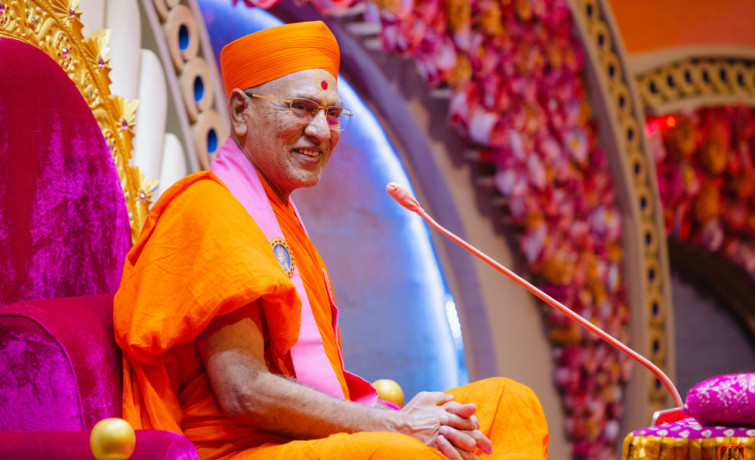 Lord Swaminarayan is the ocean of Love, compassion and He listens and accepts prayers of anyone who prays to Him wholeheartedly and takes patronage at His lotus feet. In the eyes of the Lord, true bliss is the bliss of His Murti, not material or financial happiness.

Lord Shree Swaminarayan in Vachanamrut explains that infatuation (moh) is the disorder that occurs within the mind. When infatuation increases within a person’s heart, the disorder in his mind also intensifies. Such a person loses his ability to judge between what is appropriate and inappropriate. If someone’s chitt has been enticed by a certain sensation that he especially likes, and a sant, guru or  the Lord Himself, forbids that sensation, he becomes displeased and annoyed with them and betrays them; but he does not obey their words. The occurrence of such an attitude in a person’s heart is defined as infatuation.

The cause of infatuation is the five sensations (Panch vishay). These sensations are of three types: highest, moderate and lowest. When one experiences the highest type of sensations such a person is unable to dissociate from such sensations even upon any hinderance from someone else, instead he becomes angry with that individual, therefore infatuation arises from that anger. The five gnan-indriyas are associated with the five sensations. If one visualises an object in an ordinary sense, such a person, if he wants to do so, is able to break the inclination from that object and focus it on the Murti of God without any difficulty. However, a person allured by an extremely enticing object, with an affixed inclination to it, cannot focus his inclination on the Murti of the Lord even if he tries to. Such a person’s chitt wanders around. Therefore, infatuation cannot be eliminated as long as the chitt is being lured by the five sensations that are alluring.

A person who contemplates about these sensations develops desires to associate with them. This association leads to indulgence, which then leads to anger. From anger, delusion occurs. Delusion leads to confusion of the mind, which leads to a loss of intelligence. Due to his lack of intelligence, that person cannot be able to enjoy the true bliss attained from devotion, katha-varta, and Satsang and is completely destroyed and, diverts and falls from the road to eternal salvation.

For one to become completely devoid of infatuation, he must first maintain an immensely firm conviction about the soul (aatma-nishta), i.e. ‘I am a soul; I am not a body.’ Secondly, he must thoroughly understand the manner in which the creation, sustenance and devastation of the cosmos occur and thirdly, one should have an extremely good understanding of Lord Swaminarayan’s greatness. Happiness derived from all material (maayik) sensations is destructible, whereas the bliss of the Lord is perpetual. Such thoughts about the Lord’s greatness should be made extremely firm. Through these three kinds of thoughts, one’s fascination with the sensations ceases. When the fascination with the sensations ceases, the difference between good or bad sensations is ignored. and he does not become infatuated by looking at fine objects. Someone who behaves in this manner with respect to the five sensations, but whose intellect does not discern a difference between good and bad sensations, is said to be devoid of infatuation (nir-mohi).

Acharya Shree Jitendriyapriyadasji Swamiji Maharaj says that, developing the sense of equivalence between good and bad sensations in this manner is not attained in one day; becoming freed from all infatuations is not a process that can be achieved quickly or in one day. Whoever maintains a slow and steady perseverance, maintaining the Lord’s strength throughout and acting as per the Lord’s commands is able to attain it. 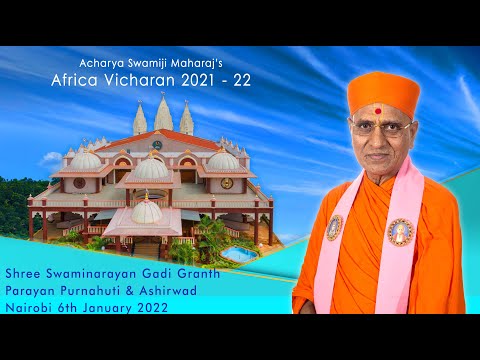