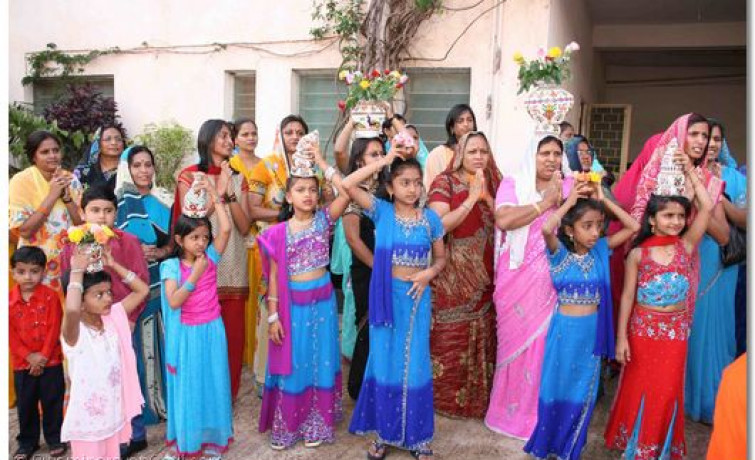 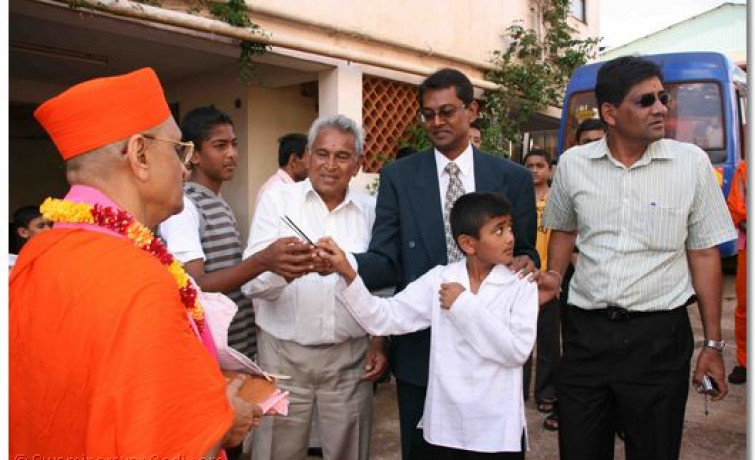 Acharya Swamishree accepted the prayers of devotees from Uganda and together with His sants and a group of devotees, He travelled on a Kenya Airways flight from Nairobi to Kampala on the morning of 13 December 2007.

Acharya Swamishree accepted the prayers of devotees from Uganda and together with His sants and a group of devotees, He travelled on a Kenya Airways flight from Nairobi to Kampala on the morning of 13 December 2007.

At the airport, He was warmly welcomed at the VIP Lounge by the devotees residing in Kampala, Uganda.

Acharya Swamishree was driven to Gentex Factory Compound where He was ceremoniously welcomed. Here, they all had prasad at the Gentex Factory compound.

In the evening, Acharya Swamishree performed padharamani to the Gentex Factory, stores, office and shop. Sandhya Aarti and the daily routines were performed. This was followed by the scripture recital of Abji Bapashree Ni Vato - Part 1.

On 14 December 2007, Acharya Swamishree performed padharamani to the residence of devotees staying in Gentex Compound and later visited the Kavembe region, where He laid the foundation stone for the construction of a new building of Crown Converters Ltd.

Acharya Swamishree officially opened Ghanshyam Kutir, a mini village next to the Sabha Mandap Hall. This village set up brings back memories of the early 1900's. It consists of fully grass thatched roof huts with traditional water well, hand pulled cart, wheat grinding stones and curd making pots. The set up of this village depicts that of Abji Bapashree's Kakarwadi. Acharya Swamishree and santo had lunch prasad at this village.

On 15 December 2007, Acharya Swamishree with the santo and devotees travelled 303 km by minibus, from Kampala to Paraa Lodge. This Lodge is situated in the Murchison Falls National Park. On the way, they passed through Masindi town where Jeevanpran Swamibapa had spent one night during His trip to Uganda in 1970.

Late afternoon, they reached the famous Victoria Nile. Everyone had lunch on the banks of this fast flowing river. With the help of ferry services, the entourage crossed to the other side of the river and checked into The Paraa Lodge. The Sandhya Aarti and the daily routines were performed at the Lodge.

On 16 December 2007, everyone went for a morning cruise on Victoria Nile upstream to the Murchison Falls (Ghanshyam Dhodh). It was a spectacular three hour cruise with huge crocodiles and hippos swimming in the waters and some wild animals on the banks of the river. It was a spectacular sight from the foot of the falls where an enormous volume of water falls from a great height but from a very narrow river of just 7m wide at the top of the falls.

On 17 December 2007, the entourage left Paraa Lodge to return to Kampala.

On 18 December 2007, everyone visited the Sesipi Falls.

On 19 December 2007, Acharya Swamishree left Entebbe Airport to fly back to Nairobi. 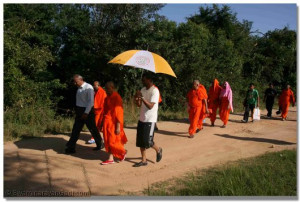 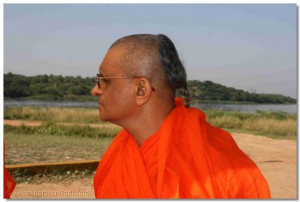 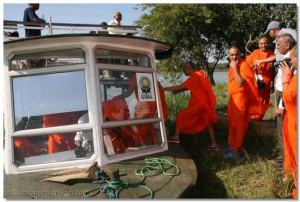 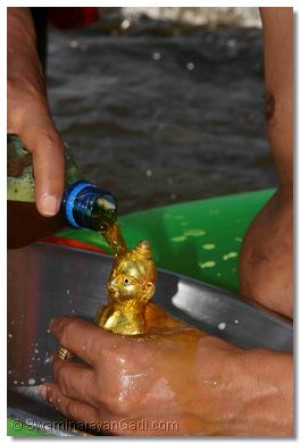 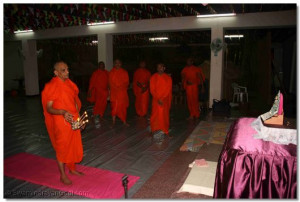 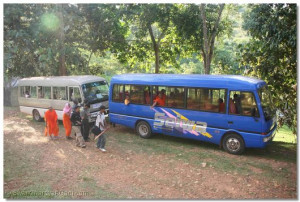