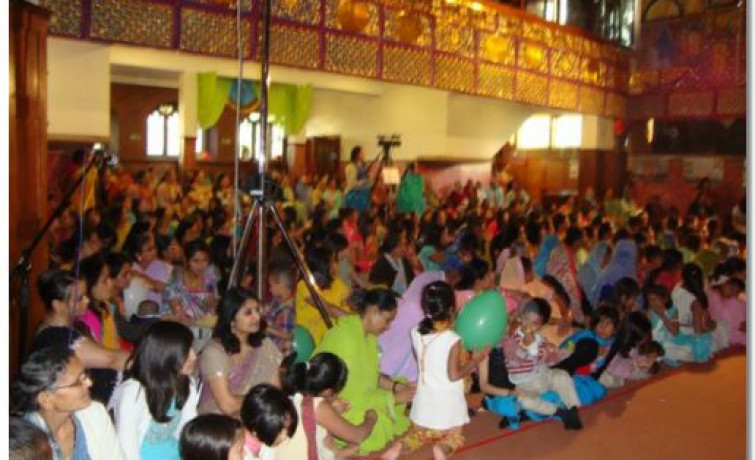 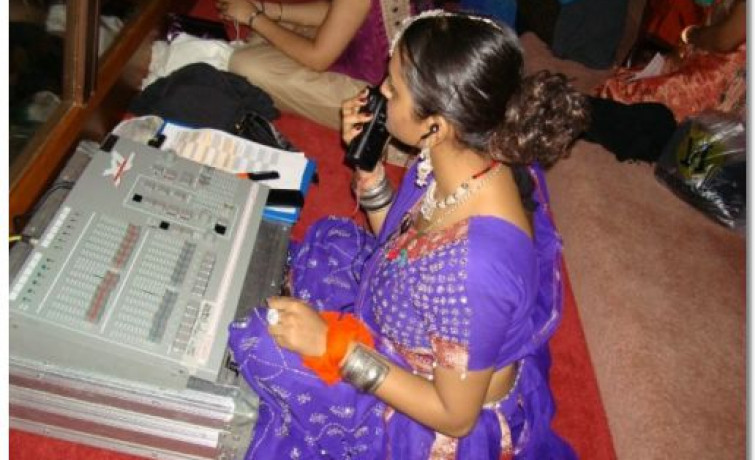 The first ever Ladies' Day event was held in London mandir on Sunday 8th November 2009. The event was exclusively for female members of the sabha, in which all ages and abilities could take part in bhakti nrutya as well as showcase other talents. The whole sabha had worked for nearly a year to bring the show together, and as a result put on a truly memorable, entertaining and magical event. Read below for an account by an audience member.

With posters counting down the weeks left till the event, and announcements being made each week, there was build up of excitement as the first ever Ladies' Day event had finally arrived! The crowd had gathered quite early and there was a very theatrical mood in the temple; two towers of lights and professional cameras had been set up, the stage was set and the programmes distributed...

Back stage the acts were going through 'make up' and 'wardrobe' - it was like being behind the scenes at the West End. The holding area for the acts was filled with an aura of nervousness coupled with excitement and anticipation.

Girls aged as young as 3 and ladies aged up to 70 were lining up ready to showcase their talents to the crowd. The show was kicked off brilliantly by the host and as the curtains drew open for the first time, the faces of women in the crowd lit up. This was followed by a huge applause.. and so the show began. The morning acts included singing, classical 'bharatnatyam' dancing as well as an Irish dance fused with dhol beats. But all eyes were on the stage for the start of 'Prem Murat Ghanshyam Aaye'...

The stage was set to a village theme with the inside of a kitchen, garden, hut and water well, with even the singhasan having a hay roof. 'Prem Murat Ghanshyam Aaye' was a musical arrangement full of colour, song and dance, depicting our Lord Shree Swaminarayan's manifestation onto the Earth and the subsequent joy He brought to all. For 9 months girls and ladies worked hard and came together to write, produce, and perform what can only be described as a magnificent display of the culture and talent that exists within the ladies sabha.

This was followed by a health seminar on female cancers and a very tasty lunch. Though some were still too nervous to eat. The afternoon saw a comedy sketch which had some of the crowd in tears of laughter. 'Mandir's Got Talent' made good humour of the clash of traditional culture and it's western interpretation of it. The crowd also saw further classical dancing by the younger members of our community and traditional bhajan bhakti performed by our most senior participant.

The day was brought to a close by the whole female congregation, young and old, coming together to please our Lord Shree Swaminarayan, by taking part in samuh raas. This year for the first time, the samuh raas was accompanied by live female dhol players.

The event showed what great things can be achieved when people come together. People of all ages and walks of life came together and put on an event to please our Lord, and hopefully a day that will be remembered for years to come. 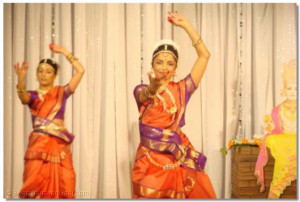 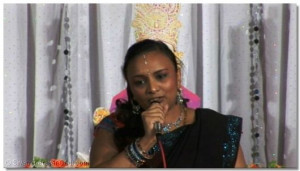 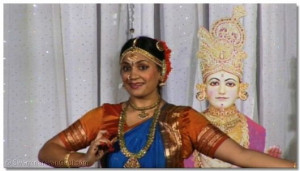 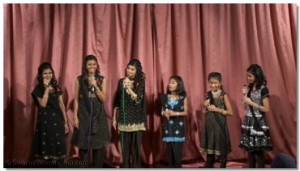 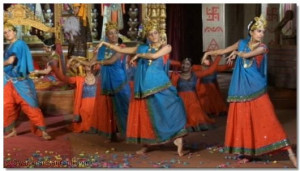 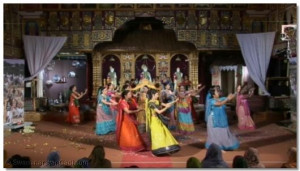