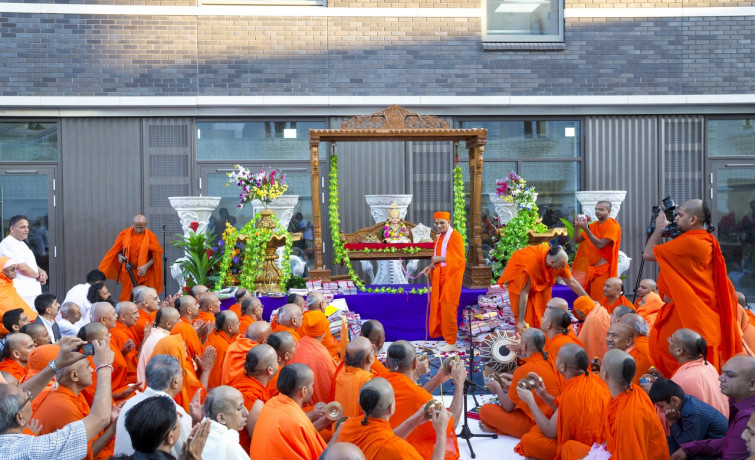 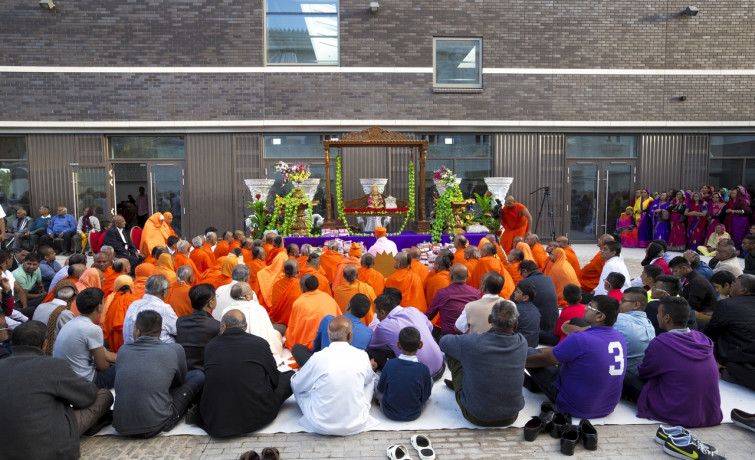 On the evening of Sunday 17th August, Janmastmi was celebrated for the first time at the new Kingsbury Mandir and the pooja for the Mahamantra lekhan for the grand Opening was performed.

To celebrate Janmastmi, and ornate swing was erected within the compound of Shree Muktajeevan Swamibapa Complex, within which Shree Ghanshyam Maharaj was seated, adorned with fresh flower vagha. Acharya Swamishree, sants and disciples chanted mantras and sang kirtan, as Ghanshyam Maharaj was gently rocked in the swing.

Following this, the mahapooja for the Kingsbury Mandir Gran Opening Mahamantra Lekhan was performed. The disciples of London had set a target to write 10 million SwaminarayanBapa Swamibapa mantra in the 12 months preceding the Grand Opening. However over this period, sants and disciples managed to complete over 72 million mantra, whilst preparing for the festival!

During the poojan, the mantra books were placed in the magnificent marble chattri build in the courtyard of Shree Muktajeevan Swamibapa Complex. Acharya Swamishree performed the mahapooja and aarti to the chattri before closing proceedings on the eve of the Kingsbury Mandir Gran Opening. 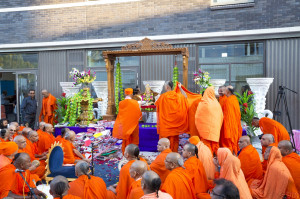 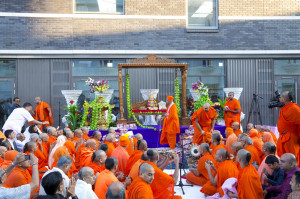 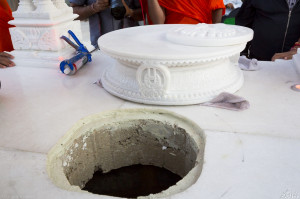 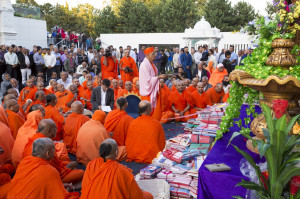 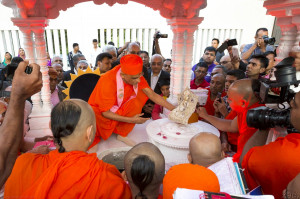 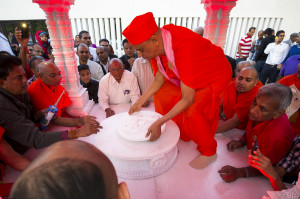